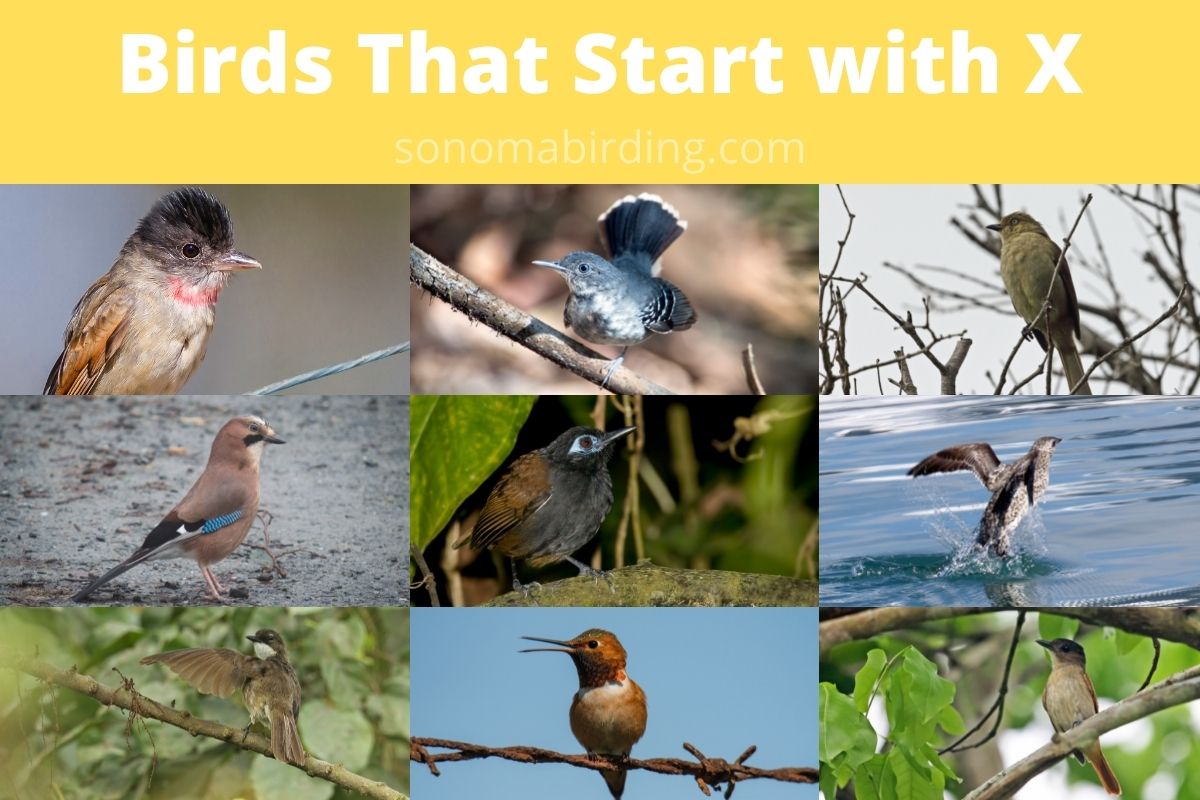 They say curiosity killed the cat, but that’s not true. Just look at us. We are curious. We ask questions. And then we dig even deeper into those questions. That’s what happened when my two co-workers asked me to answer this question…What Birds Start with The Letter X?

Do you know the names of any birds that start with the letter X? Well, in case you didn’t know, there are quite a few fabulous bird species that begin with the letter X (This got me thinking that 99% of the people don’t know any birds beginning with the letter X). I created this list specifically for people who need to research or learn about birds. 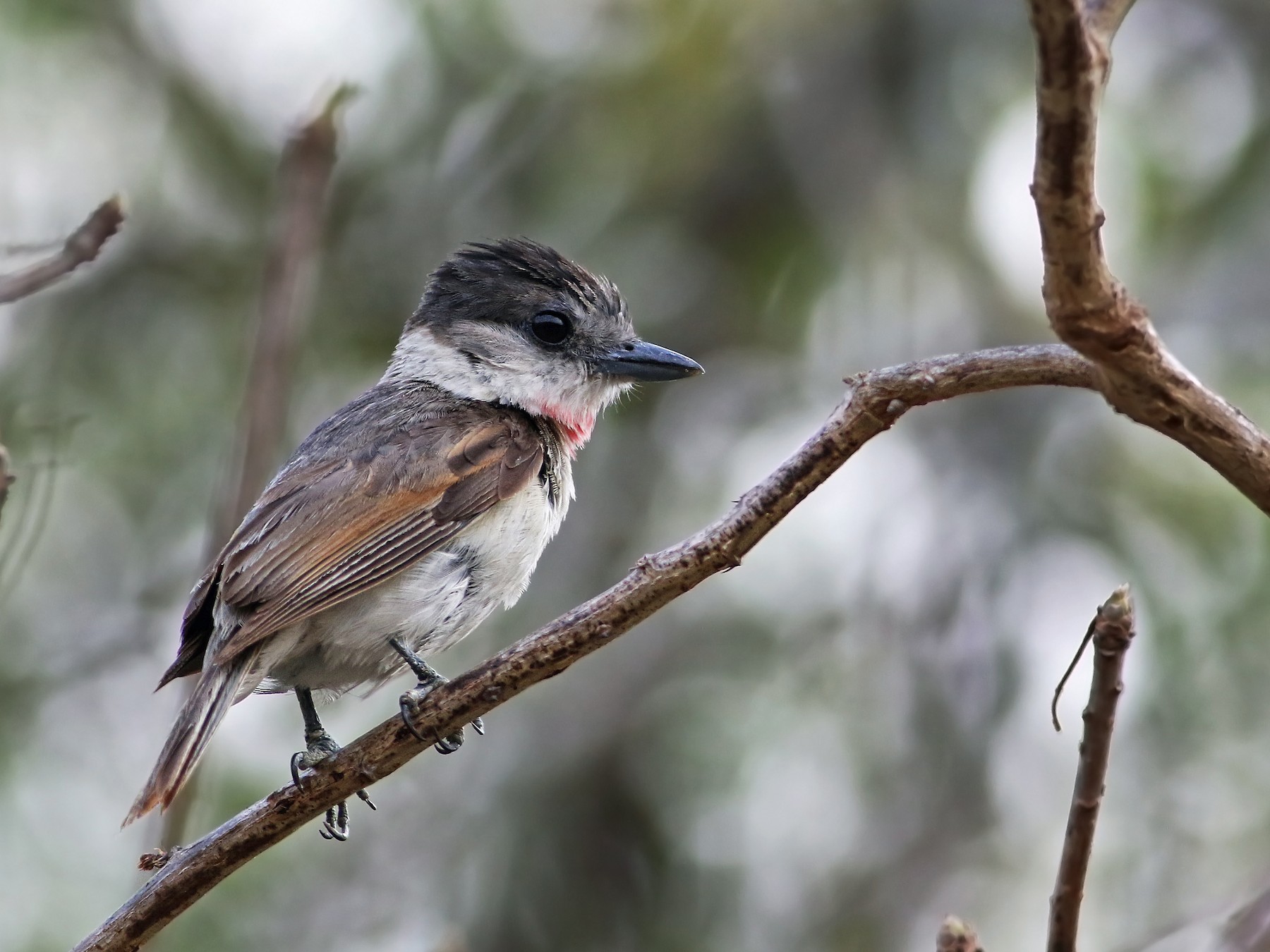 The Xantus’s Becards are medium-sized passerine birds found in the evergreen forests and pine-oak woodlands of North America. Apart from the United States, these birds heavily populate Mexico as well.

These Becards are now referred to as the “Rose-throated Becard,” with “Xantus’s Becard” being their former name. They were earlier thought to be members of the tyrant flycatcher or cotinga family, but later it was revealed that they were a different family altogether.

The adult Xantus’s Becards are sexually dimorphic in plumage. The males possess the characteristic rosy bib, with a grey head and upper parts, black crown, and buffy underbody.

On the other hand, the females are brownish in color, with a dull grey crown. Both sexes have a mournful call that sounds like “seeeeuuuuvvv.”

The Xianjing Ground-jays are a Chinese ground-jay species that have a Near-threatened population status due to habitat degradation and loss. They are also referred to as the “Biddulph’s Ground-jay” within their range.

These jays are one of the smallest members of the corvid family, with their bodies not being larger than an average human adult’s hand. They have a pale, sand-colored body with a bold black crown and black chin marks. Their wings have black edges, along with black legs, feet, and irises.

The rump of these birds is white, while their bill is black and has a slight curve. There is little info about the sexual dimorphism displayed by the adults. 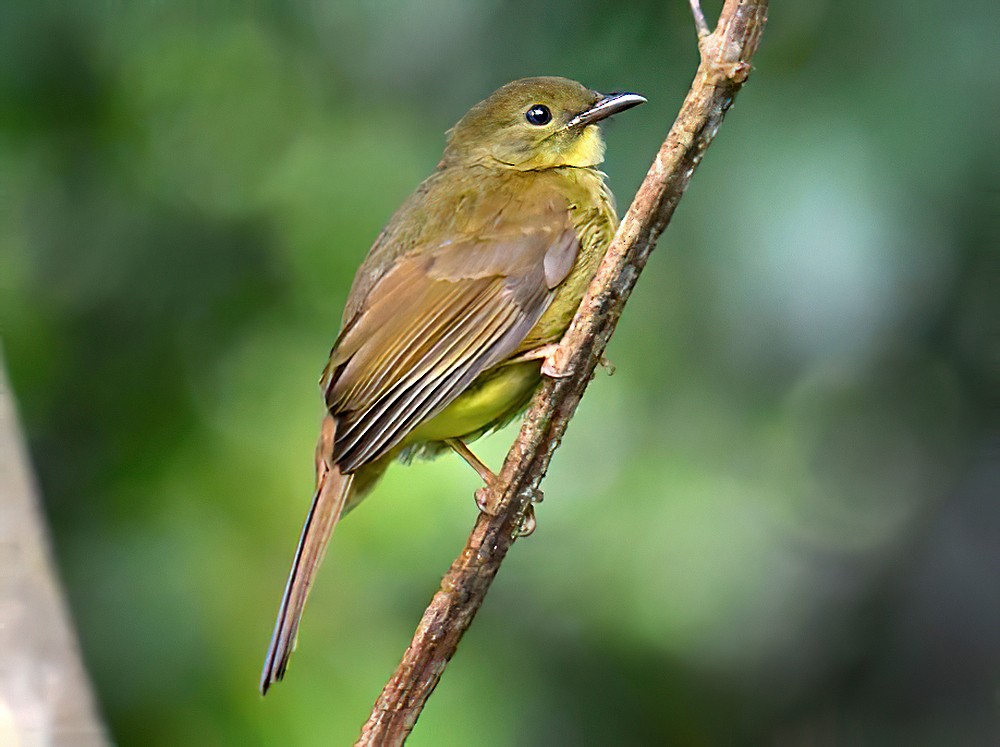 Named after the French explorer Xavier Dybowski, Xavier’s Greenbuls are a typical greenbul species from the bulbul family. They’re also referred to as “Uganda Icterine Bulbul” and “Greater Icterine Greenbul.”

These greenbuls are endemic to the central parts of Africa and have two recognized subspecies, one of them being the Grauer’s White-throated Greenbuls.

Xavier’s Greenbuls primarily inhabit dry and lowland forests and are mainly olive-green in color. Their underparts are paler in comparison to their head and upper body, with a brownish touch to their wings and tail.

These greenbuls have dark irises, a grey, pointed bill, and pale-colored legs and feet. 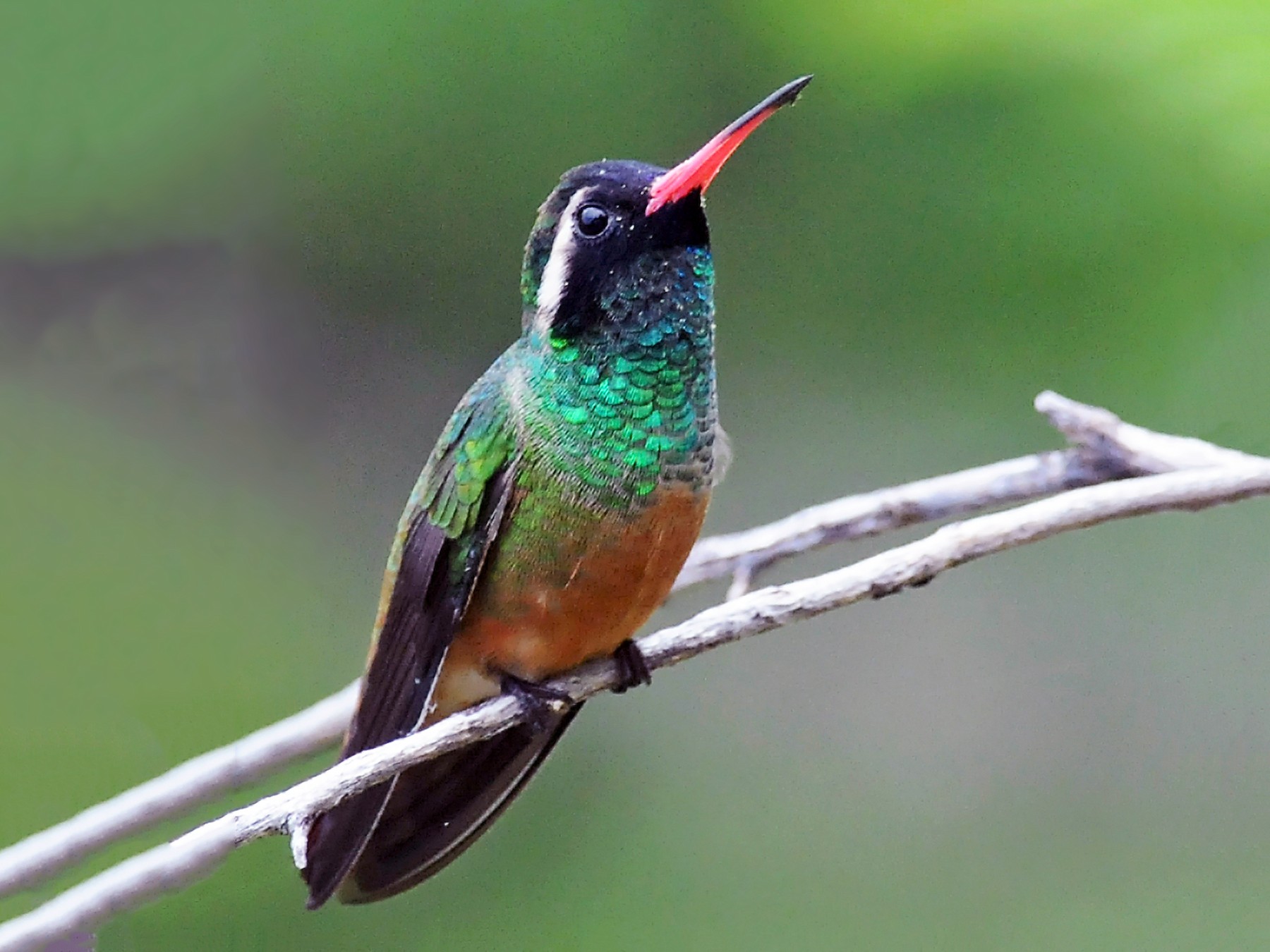 The Xantus’s Hummingbirds are a tiny North American hummingbird species that have been named after John Xantus de Vesey, the Hungarian zoologist. These birds have a widespread population within their range and can be found in a variety of habitats, including urban and suburban areas.

The adult Xantus’s Hummingbirds have a mainly dark green plumage, with their head and upper parts being darker than the undersides. They have two white eye stripes that stand in strong contrast with their otherwise dark face.

Their bill is orangish in color, with a black tip and cinnamon brown underbody. The males have a glossy green throat, which is absent in their female counterparts. 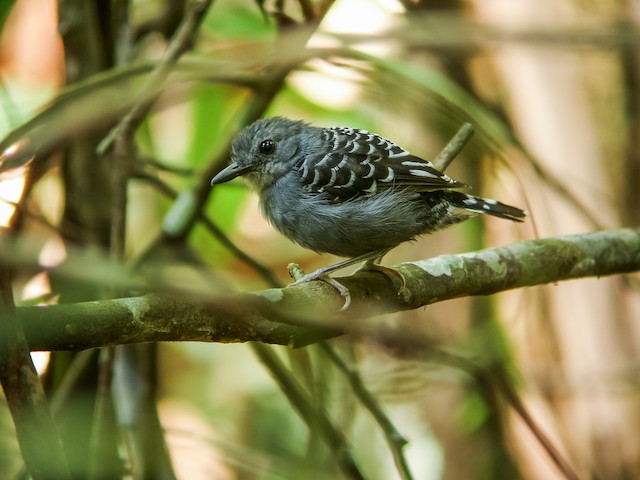 Like all antbirds, Xingu Scaled-back Antbirds also have a small-to-medium-sized body that is covered primarily in a dark shade of grey. They have black irises, a pointed, grey bill, and pale grey legs and feet.

The wings and tail of these antbirds are black and have white streaks on them. Little is known about the sexual dimorphism between the sexes.

Xingu Scaled-back Antbirds are almost exclusively insectivores, mainly feeding on insects like grasshoppers, praying mantises, and the larvae of moths and butterflies. 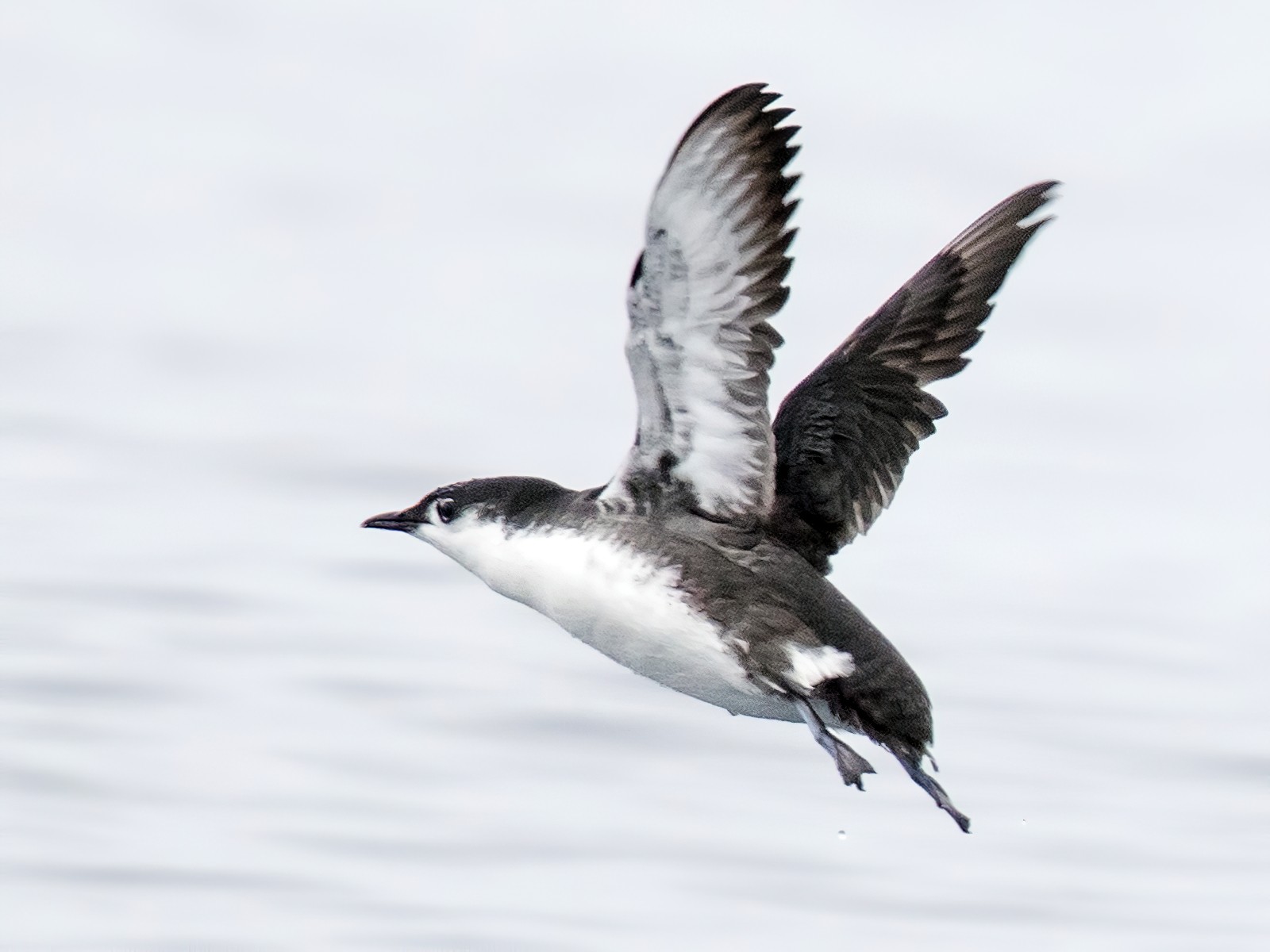 Named after the Hungarian zoologist John Xantus de Vesey, the Xantus’s Murrelets are diving birds belonging to the auk family. These birds have an overall black and white plumage and have two recognized subspecies that are now treated as distinct species.

We will talk about both of them below.

Scripps’s Murrelet (Snythliboramphus scrippsi)
The Scripps’s Murrelets are a murrelet species that breed on the islands of Mexico and California. Their population is vulnerable to the threat of introduced predation. They have a thin, silver bill and a hairy black and white body.

Conclusion: Birds That Start With X

That brings us to the end of our article!  Wow! I feel like we’ve had a great journey together. I hope you learned what you wanted to learn and the article was helpful.

If there is anything else you’d like to know about birds, feel free to contact me and I’ll try my best to publish it on the blog.