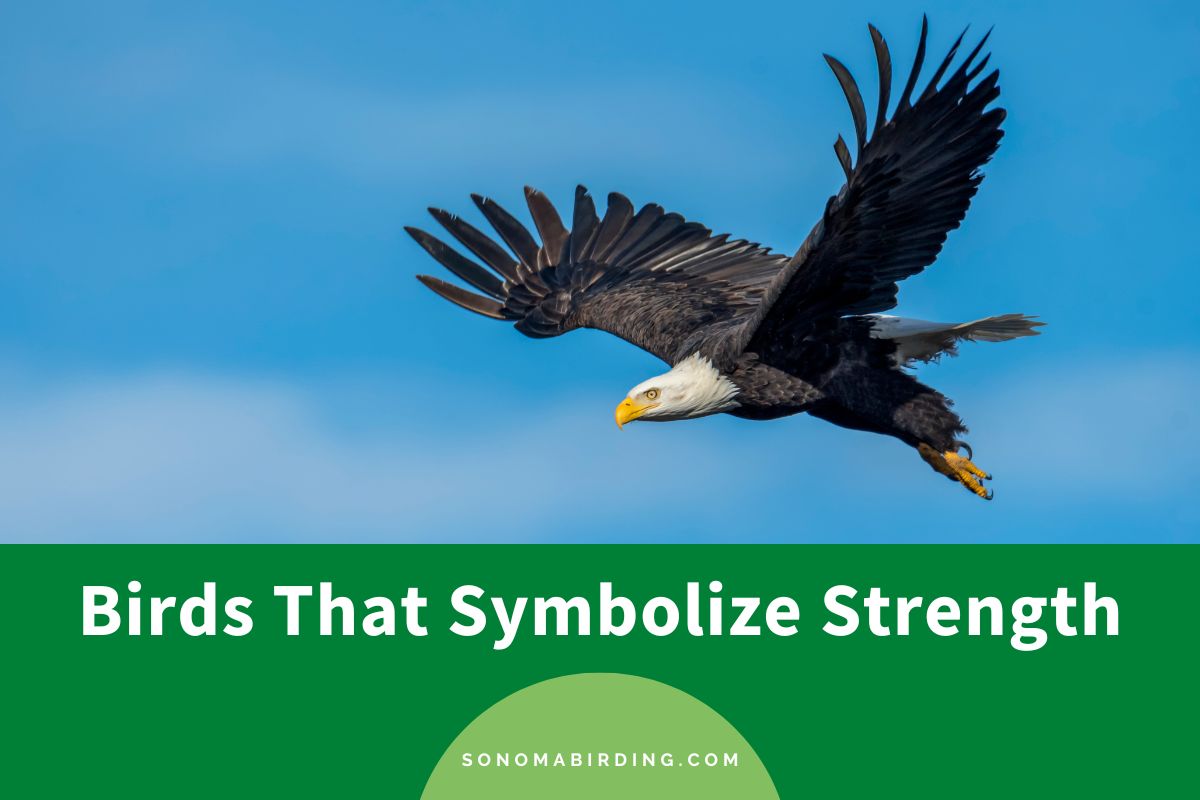 What’s the first thing that comes to mind when you hear the term strength? Most people see it as a quality of either being able to endure pain or inflict it on others. What many of us fail to acknowledge is that true strength has little to do with one’s physical might; it comes from within.

Whenever we’re going through a difficult time in our lives and fall short of inner strength, we seek it in the outside world. And if you’re a birdwatcher or bird enthusiast and hope to draw strength from the avian world, we’d be glad to guide you in the right direction.

In this article, we’re going to talk about eight birds that symbolize strength and courage and can inspire those virtues in you. Let’s get started! 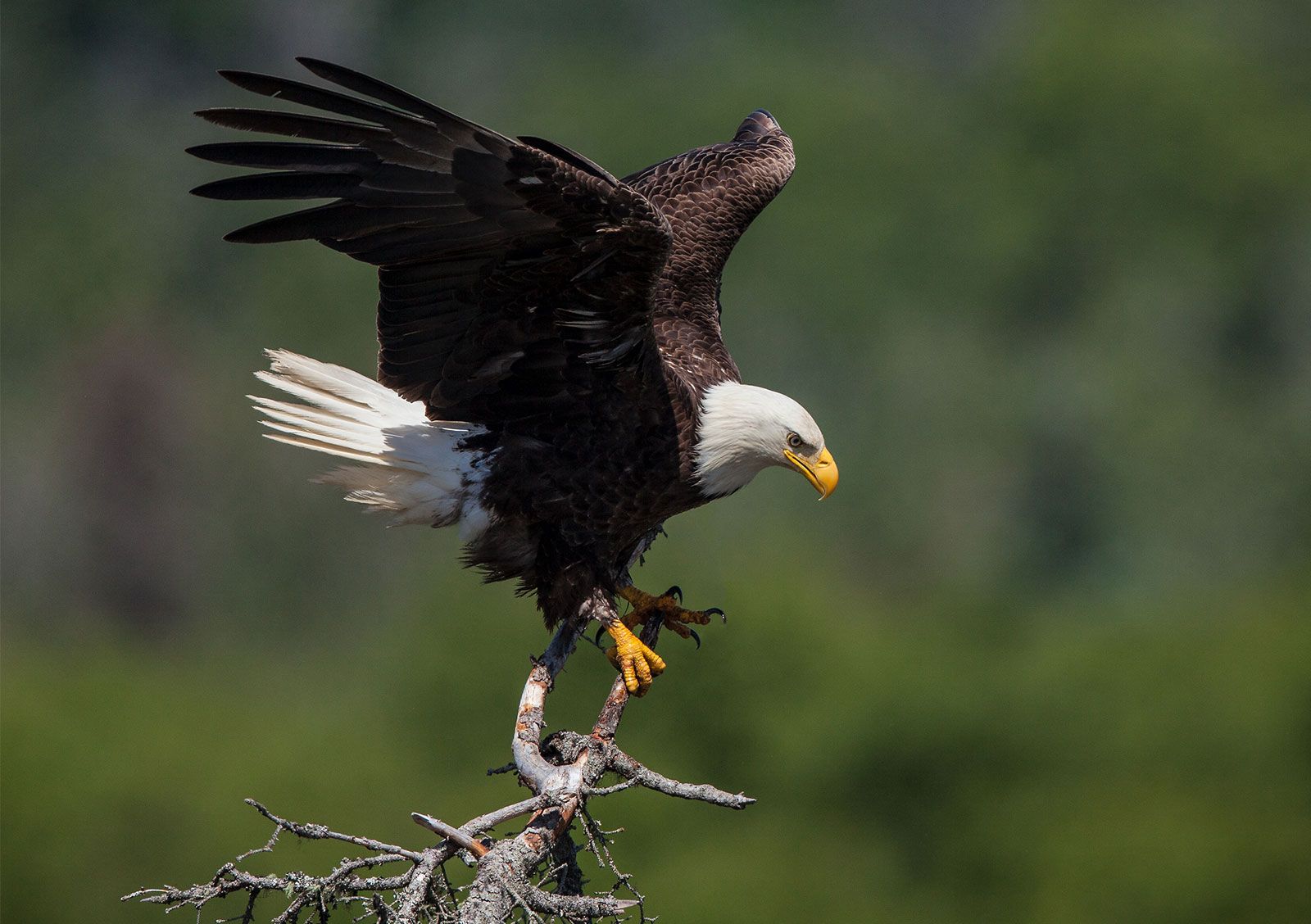 It is no secret that eagles are one of the strongest and deadliest groups in the entire avian world.

They’re large, powerful, and ruthless, which is why all the other birds, even some mammals, are scared of them. Their unparalleled strength has also made these raptors apex predators, meaning they have no natural predators in the world.

The strength and might of these birds have been reflected in the ancient mythologies as well. In Greek mythology, there’s a mention of a giant Caucasian Eagle who used to do Zeus’s bidding. In fact, this eagle has played a significant role in the legend of Prometheus.

In Roman mythology, the eagle was the personal messenger of Jupiter, who was the supreme God who ruled other gods and goddesses on Mount Olympus.

In Nordic mythology, Odin, the king of all Norse gods and goddesses, was believed to turn into an eagle to fly down to Earth. Even in Hindu history, the eagle or garuda is the ride of Lord Vishnu, who happens to be the supreme God in Hinduism.

These representations of eagles in different cultures and mythologies around the world clearly indicate that these birds have been revered for their strength and courage since the inception of time. 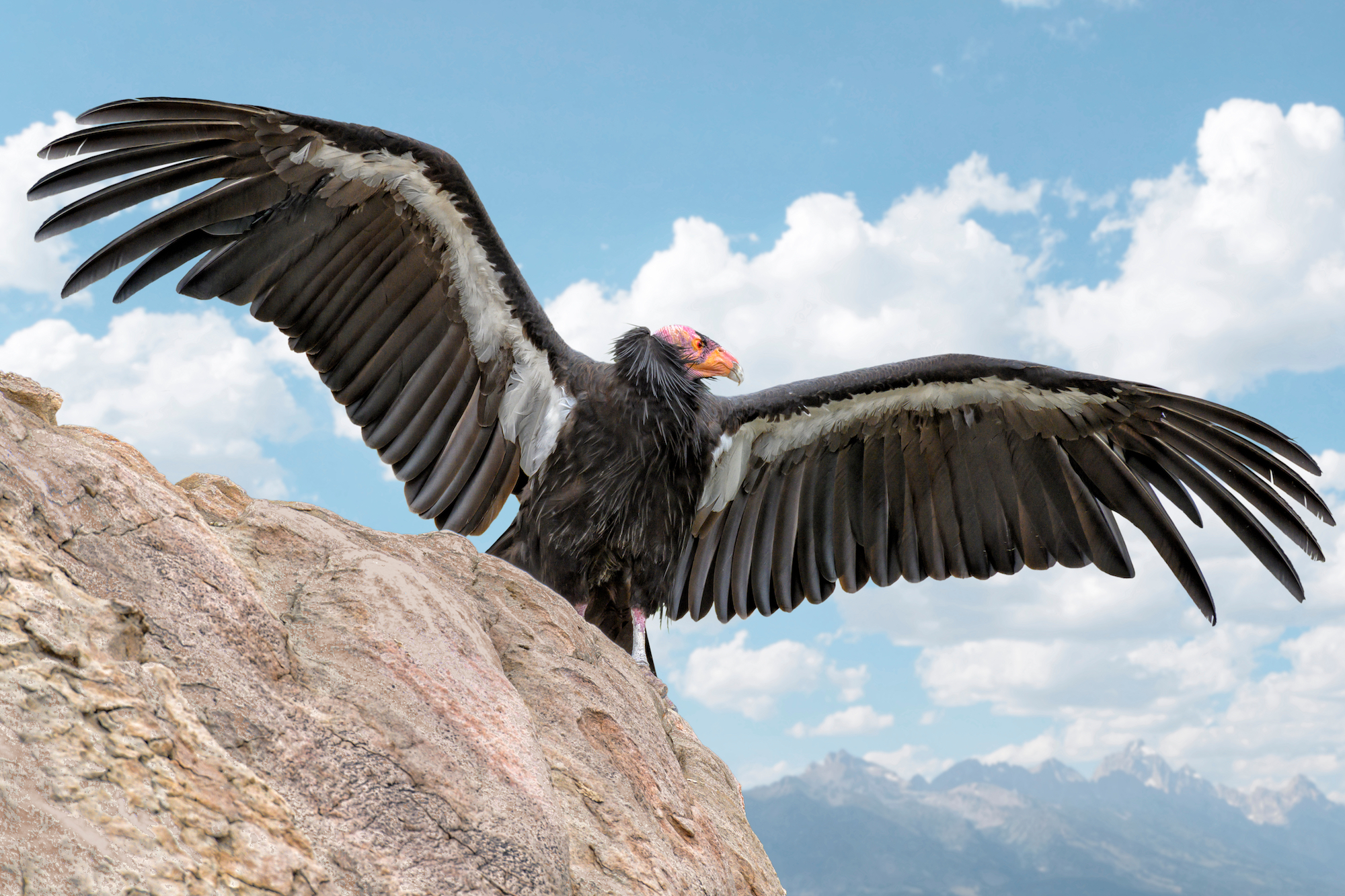 The Condors are colossal, soaring birds that are considered the largest flying bird in all of the Northern Hemisphere. Although these birds belong to the New World Vulture family, they’re considerably larger than vultures and live for much longer.

The fossil records of condors indicate that these birds are closely related to Argentavis magnificens, an ancient species that is believed to be one of the largest flying birds to ever existed on the planet. This link proves that condors come from a mighty lineage as well.

The cultural references of these birds showcase their association with virtues of strength and courage as well. In Roman mythology, Saturn, the God of strength and wisdom, was believed to ride on a condor. The people residing in the Andes regions link these birds with the Sun God, who is the representative of strength, power, and good health to them. 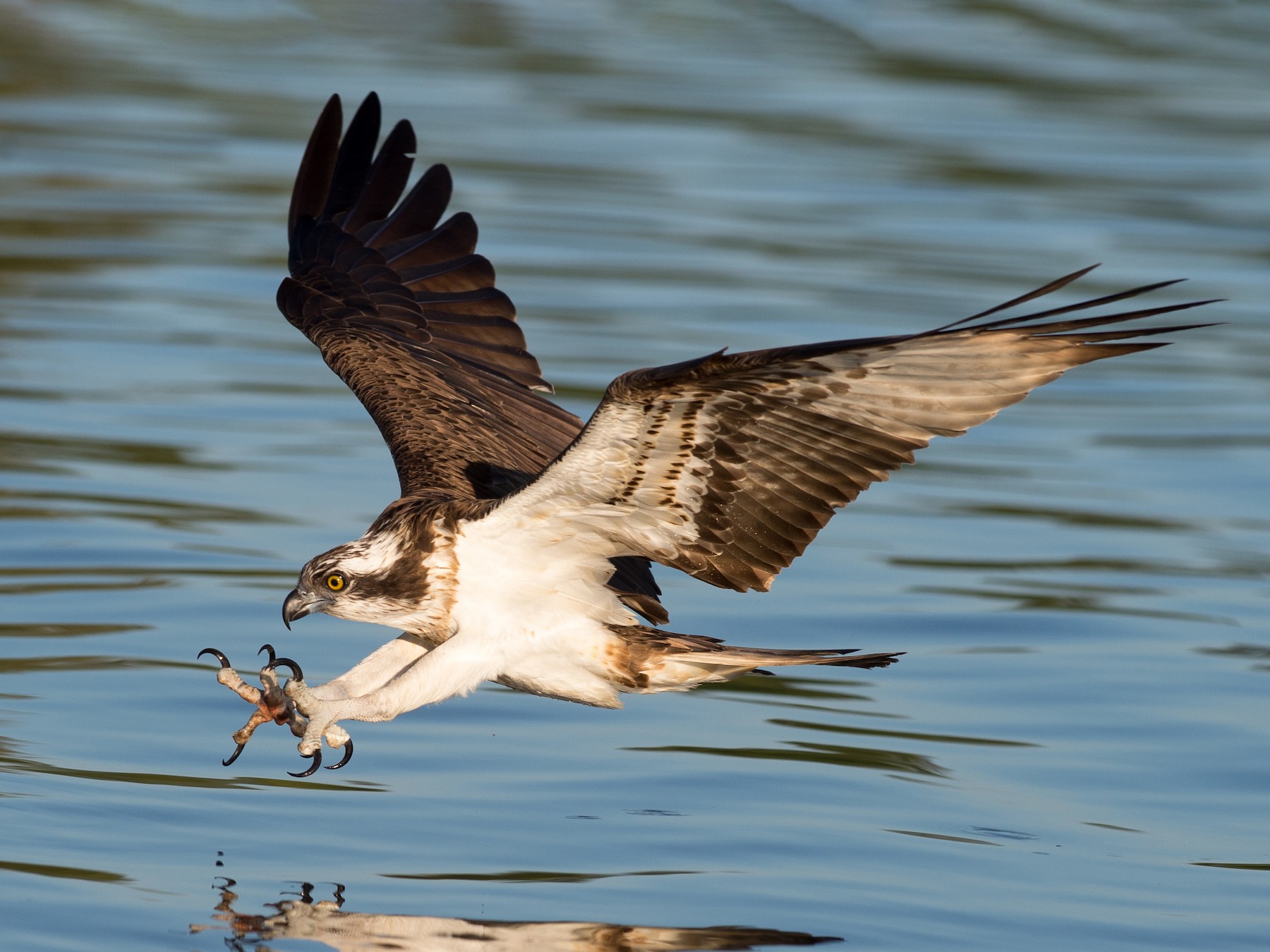 The Ospreys are a large bird of prey known for their widespread population and piscivorous diet. These birds have impeccable eyesight, sharply hooked bills, and strong claws with a reversible outer toe, which is only found in owls.

Ospreys’ association with the symbolism of strength is clearly evident in Roman mythology. In many of their legends, it has been mentioned that these birds were the only creatures that had no fear of the sun.

One such legend, written by Pliny the Elder, stated that it was a common practice among ospreys to ask their younger ones to fly towards the sun to test their courage. Any chick that failed the test was laid to death. And while it sounds cruel, it’s also indicative of how important the virtue of courage was to these birds.

In some tales, Romans have also associated ospreys with Mercury, their messenger god, for their charming personality. They believed that these mighty birds had such a mesmerizing effect that the fish would surrender themselves voluntarily to them. 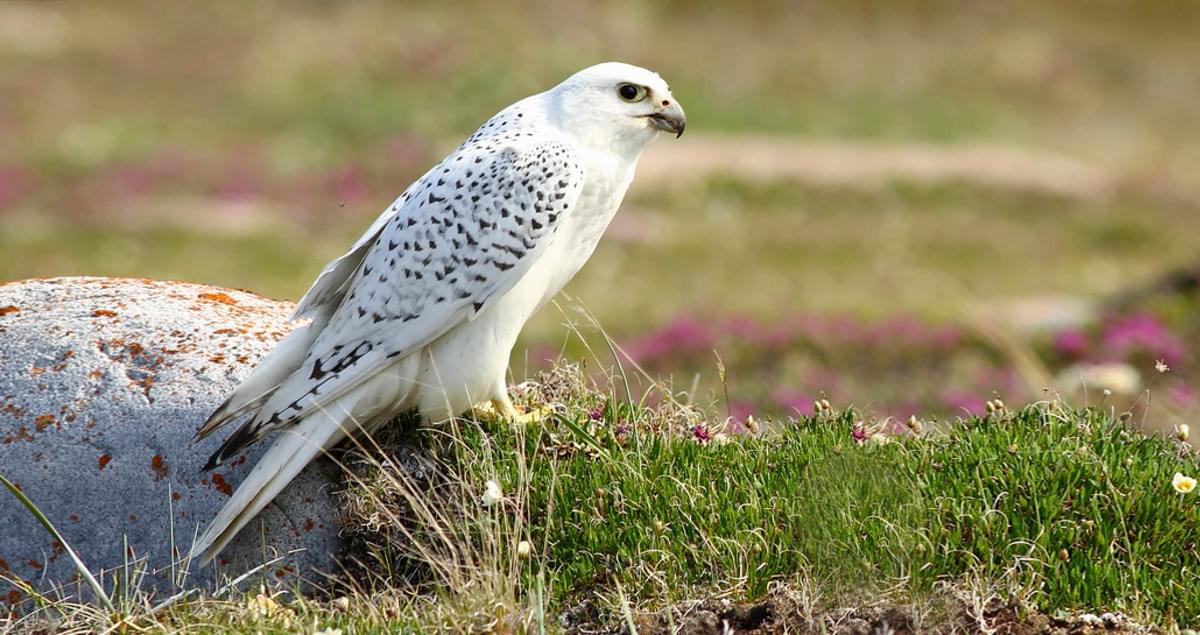 Gyrfalcons are the largest and most lethal of all falcon species. Because of their strength and speed, these birds are also apex predators like the eagles.

In fact, in the Middle Ages, people would often call them the king of birds. This was because only the kings had the luxury to hunt with these birds; no commoner was allowed to enjoy such a privilege.

In the Native American Indian culture, gyrfalcons were respected for their strong, ruthless personalities and were also associated with warfare for the same reason.

For this reason, all their warriors prayed to their spirits before going into battle. Most of their weapons bore the gyrfalcon symbols as well. 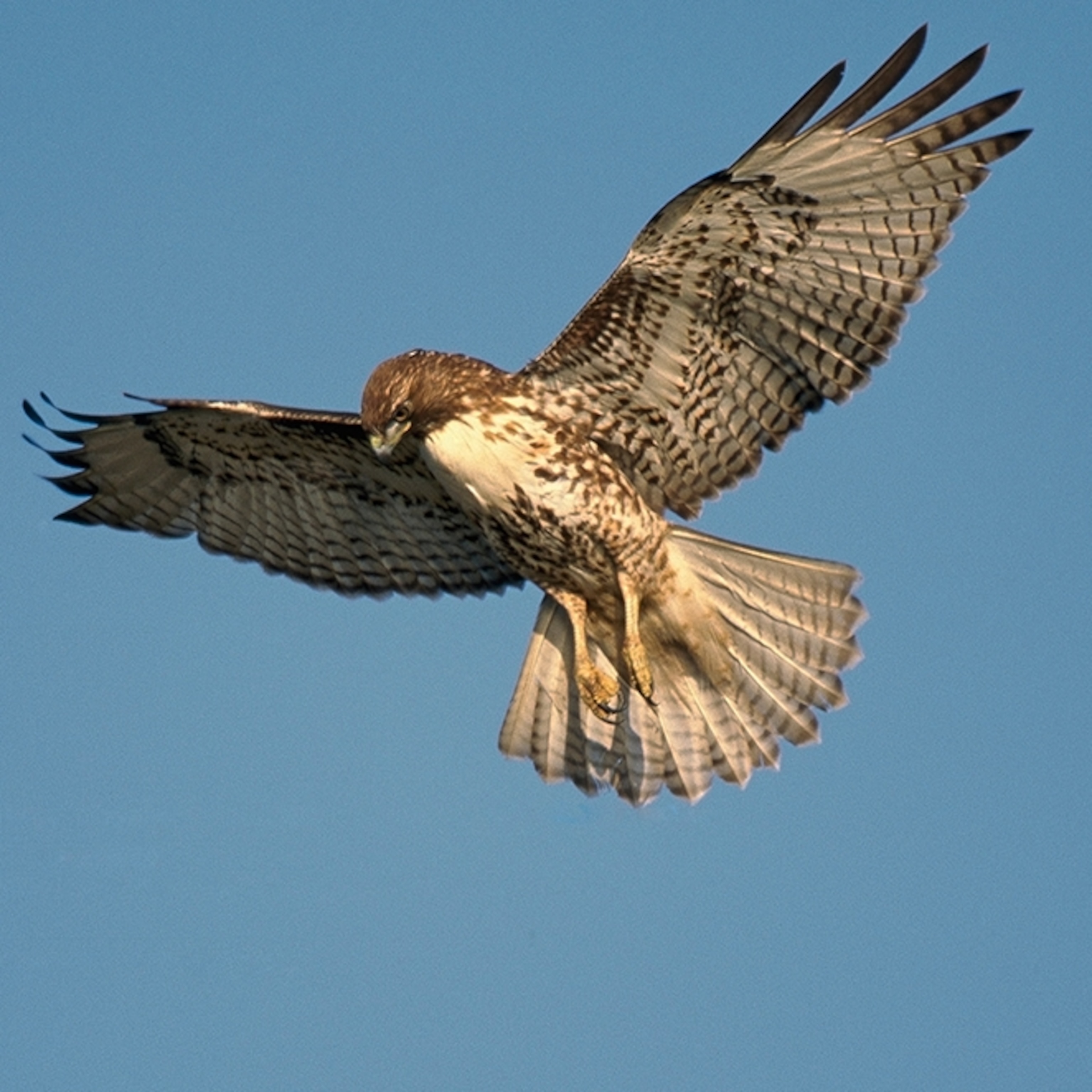 Known for their speed, strength, and keen eyesight, Hawks are another group of birds in the raptor family. These birds are known for their violent hunting methods; even though they catch their prey with their talons, hawks deliberately use their bills to kill them. And while some see it as cruelty, to others, it’s a display of sheer strength.

The cultural representation of these birds outlines their strength as well. In Norse mythology, hawks were pets and companions to royalty. Many kings relied on their sharp vision while hunting in forests. Owls are certainly the most adorable-looking members of the raptor family, which is why they’re rarely seen as a threat by humans. But if the phrase looks can be deceptive was ever applied to birds, owls would be the best fit for it.

Don’t let the fluffy, round heads and beautiful big eyes of these raptors fool you. Their hooked bills can tear flesh into pieces within seconds, not to mention their sharp claws that can pierce the organs of their prey in no time.

In addition to strength, owls also possess incredible night vision. They’re nocturnal birds that rest during days and hunt preys in the darkness of the night. Due to this trait, they’re often associated with mystery and deception across different cultures. 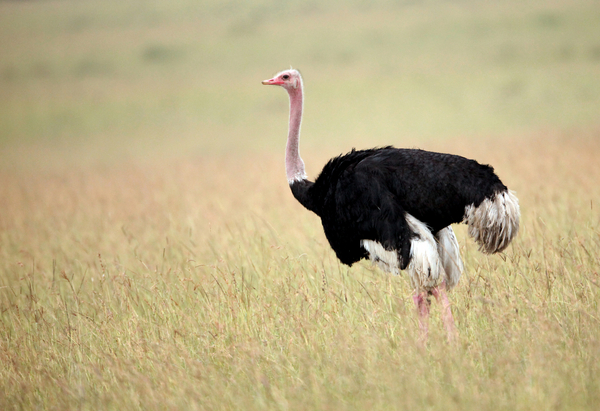 Ostriches are such fascinating birds. Despite being both the largest and heaviest living birds on our planet, they cannot do that one thing that is paramount to birds: flight. And while some people would see this as a setback, ostriches saw it as an opportunity and evolved to hone another skill: running.

These birds have long, muscular legs that can take them as far as 45 miles in an hour. And they’re not only incredibly fast but also incredibly strong; strong enough for humans to ride them, although it is a cruel practice that should be discouraged.

It is the sheer size and strength of these African birds that have resulted in their global recognition, admiration, and conservation. 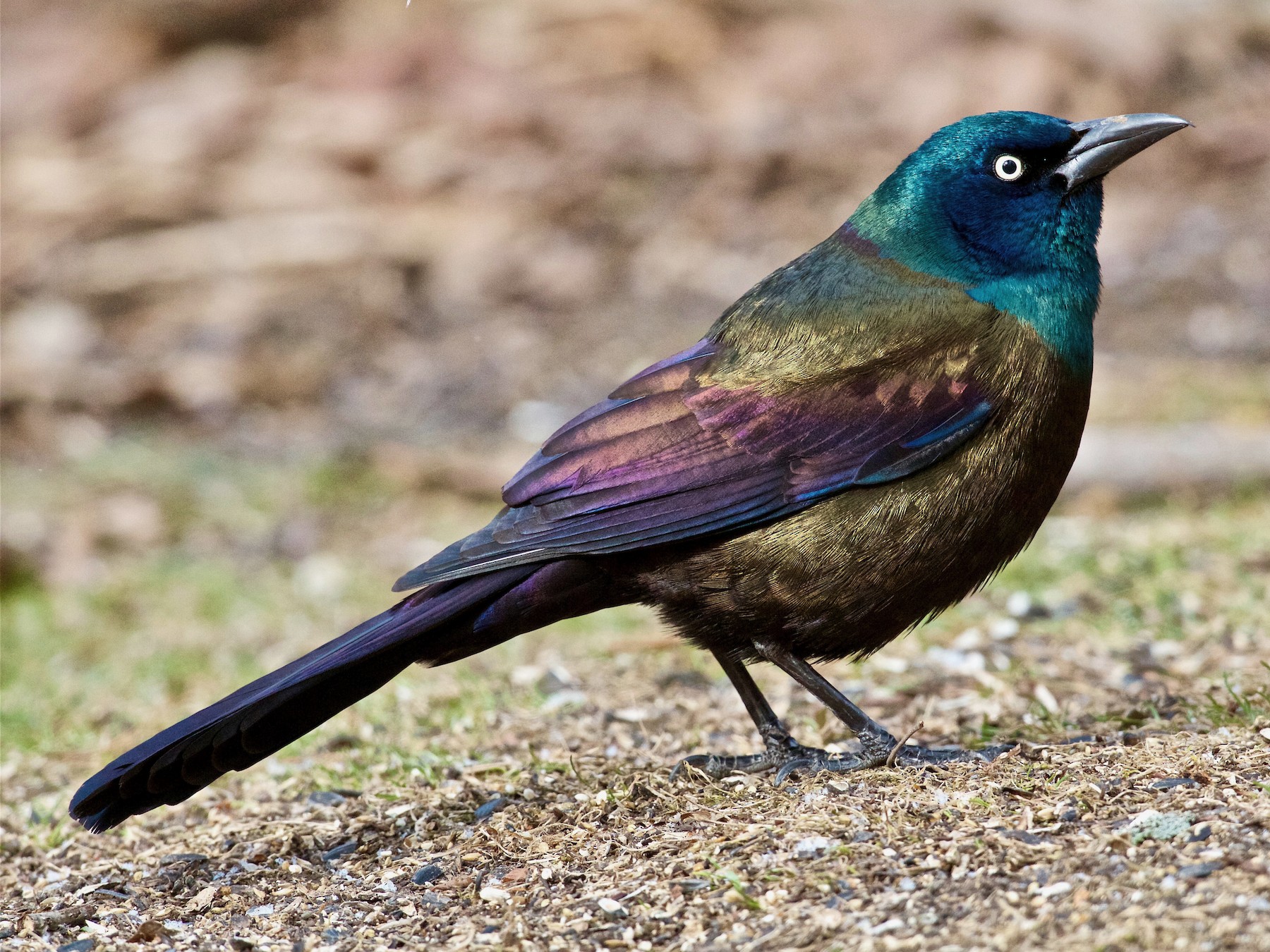 Grackles are a group of medium-sized passerine birds from the icterid family found throughout North and South America. All six species of this group sport dark, iridescent plumages and long tails.

While these birds have no physical features that could symbolize strength, it is their attitude that makes them symbolic of it. Despite their small size, they’re not just unafraid but also a bit of a bully.

Grackles’ strength lies in their numbers; they travel in large flocks and are both noisy and aggressive, driving away birds much larger than themselves.

If you have a feeder in your backyard and a flock of grackles finds it, you’re not going to see any other bird around for a long time; such is the nature of these monopolizers. Unlike most other passerines, grackles are undeterred even by humans.

With this, we’ve reached the end of today’s article. We began by talking about strength and how this virtue is represented symbolically in the avian kingdom. Above, you’ll find a list of eight birds that symbolize strength, either through their physical traits or their personalities.

We’ve also talked about their roles in the world of spiritualism to provide you with more insights into their symbolic significance. If this article resonated with you, check out other symbolism articles on our website to learn more about different birds and what they stand for.