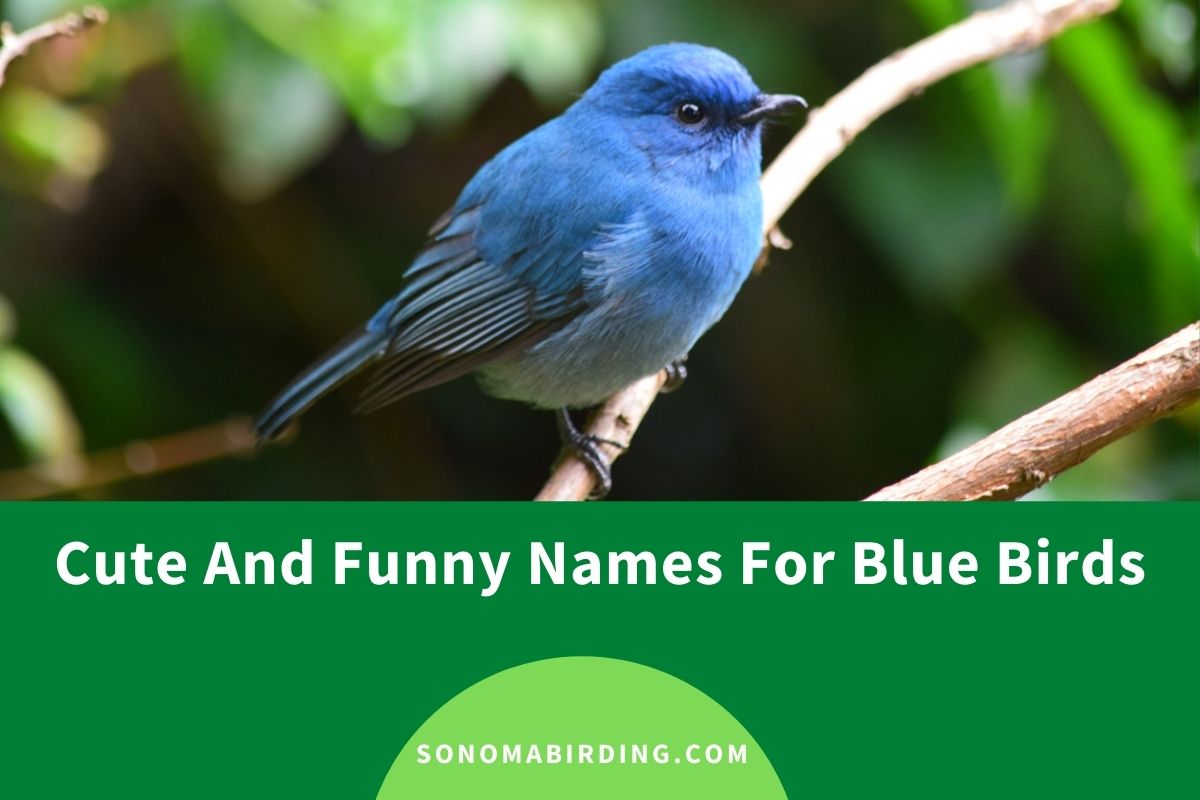 As a pet owner, you always want your pet to have the best life. And having a cute nickname makes it better. Letting your pet have a cute name is a great way of showing you care.

One of my favorite pets is the Blue Budgie Parrot, which I named Daisy. This article is about cute names for blue colored birds such as parrots, cockatoos, and lovebirds. These funny names will make you laugh when shouting them out during playtime with your beloved best friend.

One of the best things about being newly proclaimed parents to a blue-colored bird is choosing a name for it. If you think picking names for birds is a piece of cake—think again!

Finding the right name for your feathery friend is important because it gives it a unique identity and character. Also, many people believe that it’s the easiest way to bond with your bird.

Word of caution: While you must get acquainted with your blue colored bird and then decide on a name that echoes its persona, always dodge names that are difficult to call out—don’t settle on a tongue twister! As you get habitual to your chosen name, it becomes more meaningful to your pet. In fact, studying your bird’s behavior is a fantastic source of inspiration to seek new ideas.

So, without any further ado let’s jump onto the list of over 200 cute and quirky names that will fit your bird almost like a second skin! Who knows? You might discover the one that clicks with the new members of your family in an instant!

Bird owners are passionate about the names they select. From movie characters to food items and celebrity monikers, you can name your pet after some of the most popular things and people out there!

Therefore, we have surveyed a gamut of options that’ll help you seal the deal. Have a look:

Birds are always seen demonstrating their chirpy and carefree selves. They’re always on the move to draw our attention towards their goofiness. That’s why their buoyant disposition calls for picking a name that defines their true identity and adds more sparkle to it!

From famous personality knockoffs to distinctive tags, there are an array of options to choose from. So, here are a few quirky and hysterical names for blue birds that’ll crack you up in a moment!

Another great way to choose a name for your feathered friend is to target the hues of its body. Blue-colored birds are one of the fascinating raptors across the world and are distinguished from other species due to their incomparable charm.

Their vibrant azure bodies mirror the shades of the sky, leaving their pet owners and visitors simply spellbound. While researching, we even stumbled across a set of finches named Mrs. White and Mr. Red!

So, here is a list of the most striking names for blue-colored birds that’ll be a great addition to your range of options!

After spending days choosing the ideal name for your blue bird, the last thing you want is for it to be of the opposite gender. Even in real life, you may have come across male birds with girl-like names, such as Bobbi, which makes no sense!

Mistaking a name for the wrong gendered pet is not just a major faux pas among pet parents, but it also fails to speak for your bird’s identity. Here is a list of some endearing male names for blue birds to help you make the right choice:

Female birds zealously dance into the wind, sing pleasantly, and create their own new language. Although they are less flashier than their male counterparts, there’s a spark in them that birders and owners simply can’t get enough of. Here, we have the greatest female names for blue birds to help you decide which one you should go for.

From exploring flower names to those of Disney princesses, you can seek inspiration from a boundless range of things around. Have a look:

If you are a big-time foodie, you may thoroughly cherish naming your dearest pet bird after food! From Peach to Pepper, there are various fun choices to pick a name from. We have listed a few for you:

As a pet owner, choosing a name for your mesmerizing blue colored bird is certainly a huge responsibility on your shoulders. That’s exactly why we’ve come to your rescue with this article to save you some extra hours and help you pick the best name for your beloved! A name is something that will stay with your bird forever. It’ll not just define its breathtaking color, but also help you establish a magical equation with your pet.

We hope you now are well equipped and confidently ready to select your favorite name. There’s one thing that every bird parent should remember, though.

If you’ve adopted a Hyacinth Macaw or other bird species that talk and know their name, don’t attempt to change it. While it won’t impart any major harm, it’ll definitely end up confusing them. Or, your bird may simply not pay heed to the name you’ve chosen and refer to itself with its original name! In essence, pick a name that you love calling out and the one they love hearing.