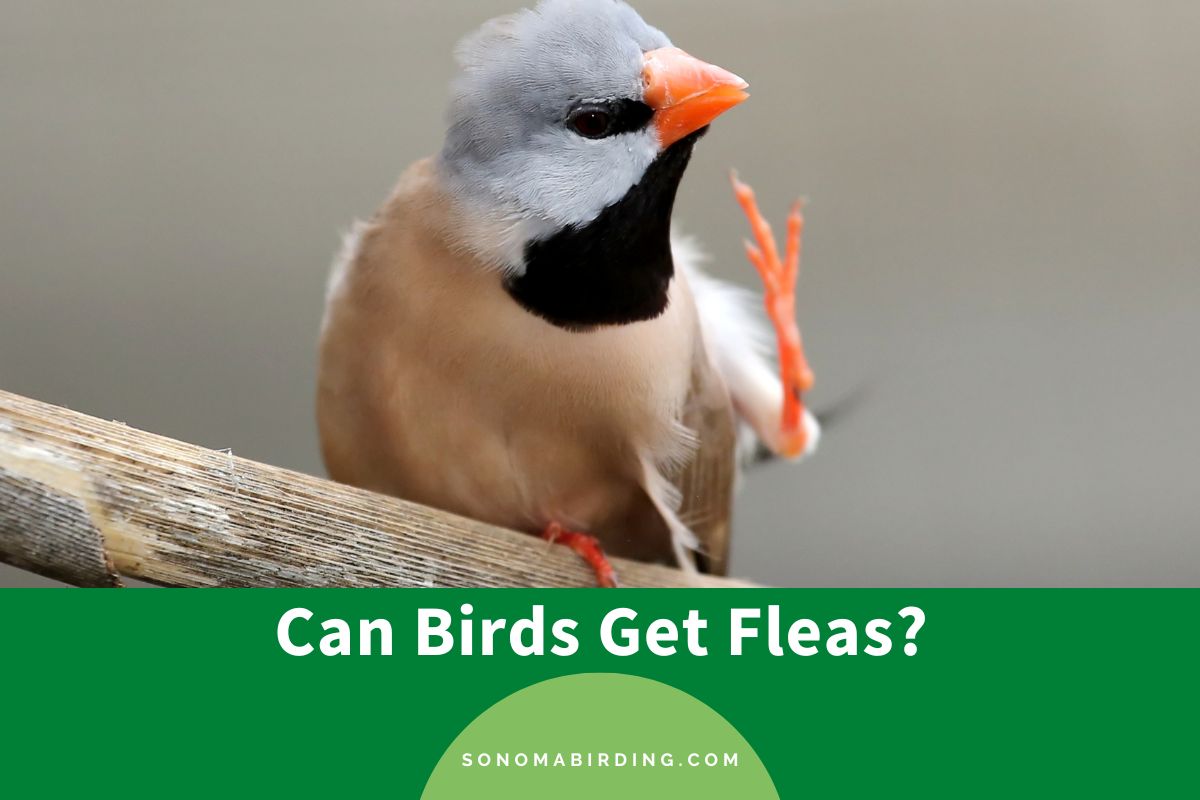 The experience of having a pet is often compared to that of having a child. But just like children, their maintenance can take a lot of time and effort as well. Due to their smaller bodies, Pet birds need more care and attention. If not cared for carefully, they can catch several diseases, infections, or even parasites. But which parasites can be transmitted in birds? What about fleas?

Can birds get fleas? Yes, birds can get fleas. Parasites like fleas are common to both wild as well as pet birds. Birds are no strangers to these infestations and have their ways of tackling them by preening, sunbathing, and cleaning their nests. Some of the common flea infestation symptoms in birds include skin irritation, restlessness, and damaged feathers.

Parasites like fleas are common to all warm-blooded creatures, including mammals and birds. But because birds are smaller, they can suffer from more severe health problems.

If you’re a new pet parent to a bird, it is vital for you to learn about fleas, ticks, and other parasite infestation that poses a threat to your bird’s health. In this article, we’ll discuss everything you know about flea infestation in birds.

What are bird fleas? 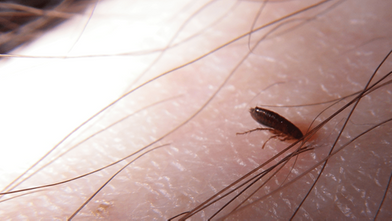 We’re sure that all of you must be familiar with fleas. They’re a group of tiny, wingless blood-suckers that live off of a host, sucking their blood to survive. Different flea species host different creatures, including humans, birds, and animals. But as a general rule, they will only feed on warm-blooded creatures.

Now, bird fleas are a smaller group in the flea family that solely attacks birds. These pesky creatures can cause a myriad of health problems in their hosts and are, therefore, one of the most hated pests globally. They can attack both pet and wild birds alike.

If you’re hoping to protect your pet birds from these blood-suckers, you will need to learn more about their life cycle and reproductive patterns. Let’s move ahead with it.

The life cycle of bird fleas

As a pet parent or enthusiast, you might have often heard that the spring season is the season of fleas; ever wondered why? Well, the answer is quite simple. It is because spring is the time when both birds and bird fleas are most active.

For birds, the arrival of spring signifies the beginning of the breeding season, when they return to their breeding grounds and are actively seeking mates and building nests for their eggs.

Coincidentally, it is also the time when the eggs of bird fleas hatch, and their larvae drop on the ground, crawling around looking for hosts.

It is important to note that bird fleas can be more brutal for younger birds than for adults. Their infestation can lead to amnesia and, at times, even the death of the infected bird.

In the avian world, feeding on fleas, ticks, and other parasites is not uncommon. In fact, pheasant fowl such as turkeys and chickens often munch on them, working as an effective pest control.

And they’re not the only ones engaged in flea-feeding. Smaller songbirds like grackles, robins, and starlings also pick on fleas on the ground and feed on them.

In fact, some birds also eat fleas off other animals like camels, rhinos, and cows; this process is also known as “heterospecific cleaning.”

Now you might be wondering why fleas become a problem if birds can efficiently eat them. Well, it is because while they can eat fleas, there’s a limit to how much they can eat. Therefore, in the case of a large flea infestation, merely preening wouldn’t prove effective.

How do birds deal with fleas?

We’ve already established that feeding on fleas is not the ultimate solution to their infestation. But what does it mean for the birds? How do they deal with fleas other than eating? That’s what we will discuss in this section:

A common confusion among the new bird pet parents is whether preening is similar to feeding. To clear it out for you, the process of preening refers to a bird cleaning its feathers using its bill.

When the birds preen, their skin releases a unique oil. This oil contains bacteria that are toxic to fleas and other parasites. At times, pairs of birds are seen preening each other.

However, while preening is effective, it has its own downsides as well. Excessive preening can also result in the spread of tapeworms.

2. Scratching themselves with claws

When there are more fleas than the birds can remove with preening, they resort to using their claws. Their pectinate claws move on their feathers in a comb-like manner, effectively killing parasites in the process.

All of us know that natural sunlight is an effective germ killer. But did you know that sunlight can also kill parasites like fleas by overheating them?

Even a short sunbath can make the fleas uncomfortable, pushing them to change positions and making them more vulnerable to preening.

You might have seen birds and animals rolling themselves in the dirt, but have you wondered why they do it? It is because dirt can also kill parasites. Different kinds of dirt are efficient for killing different parasites.

Do you have an idea what natural pesticides are? Well, for birds, it means rubbing crushed caterpillars, beetles, and even certain plants on their feathers in order to kill all parasites living on them.

Just as with humans, cleanliness and hygiene are also vital for the birds. All wild birds have different techniques for cleaning their nests. Some do it with their bill, while others empty out the insides of their nest entirely, lining in with fresh plant materials.

In fact, parasites are the only reason why most songbirds choose to build new nests every breeding season.

Does your pet bird have fleas? Here’s how you can find out

Now that you know that fleas can easily attack both wild and pet birds, don’t you wonder whether your pet parakeet or chickens could have these as well? Well, don’t worry; your pets won’t keep you wondering for long.

Following are the obvious symptoms of flea infestation that you would easily notice in your pets:

Many of you might not know this, but fleas are not that hard to detect. These parasites are quite large. If you check your birdie’s plumage thoroughly under bright light, you’ll easily be able to spot them.

When fleas are stuck on your pet’s body, these parasites will not let them rest easily. You will notice that they’re unable to sleep or eat properly. They’ll appear to be restless and anxious all the time.

Fleas, when they attack your birdies, will reside on their skin, sucking blood from it consistently. Their bites would result in your birdie’s skin turning pinker. In many cases, it also leads to inflammation.

Although preening is natural for all birds, if your pet is doing it much more than they normally do, something is fishy. Perhaps the increased preening is the result of a parasite infestation.

This is one of the most surprising symptoms of flea infestation. A severe infestation would result in their duller or more ragged appearance.

Treating fleas in your pet birds

Earlier in this article, we learned that birds do have some tricks up their sleeves to tackle fleas and other parasites. We also learned that while these tricks are effective, they’re not fool-proofed. Any large parasite infestation will easily survive those tricks.

So how else would you treat fleas in your pet bird? We’ll tell you. The first step of treating these pesky parasites is by eliminating all possibility of flea larvae in your pet’s belongings. It involves a thorough cleaning of their cage, perches, and toys.

You will also need to pinpoint the root of the infestation. Perhaps these parasites breed in your yard; in that case, you’ll have to call the pest control services and shift your pets to a different location until your home is safe again.

Lastly, it would help to take your pet to a vet to remove the parasites latched onto their bodies.

Other parasites that birds can carry

Like we mentioned earlier in the article, parasites have an extensive family. Therefore, it makes sense to think that fleas are not the only ones that can infect birds.

Aren’t you curious about other parasites that can attack your precious pets? We’re going to help you out with this. Given below is the list of all the major bird parasites; check them out: 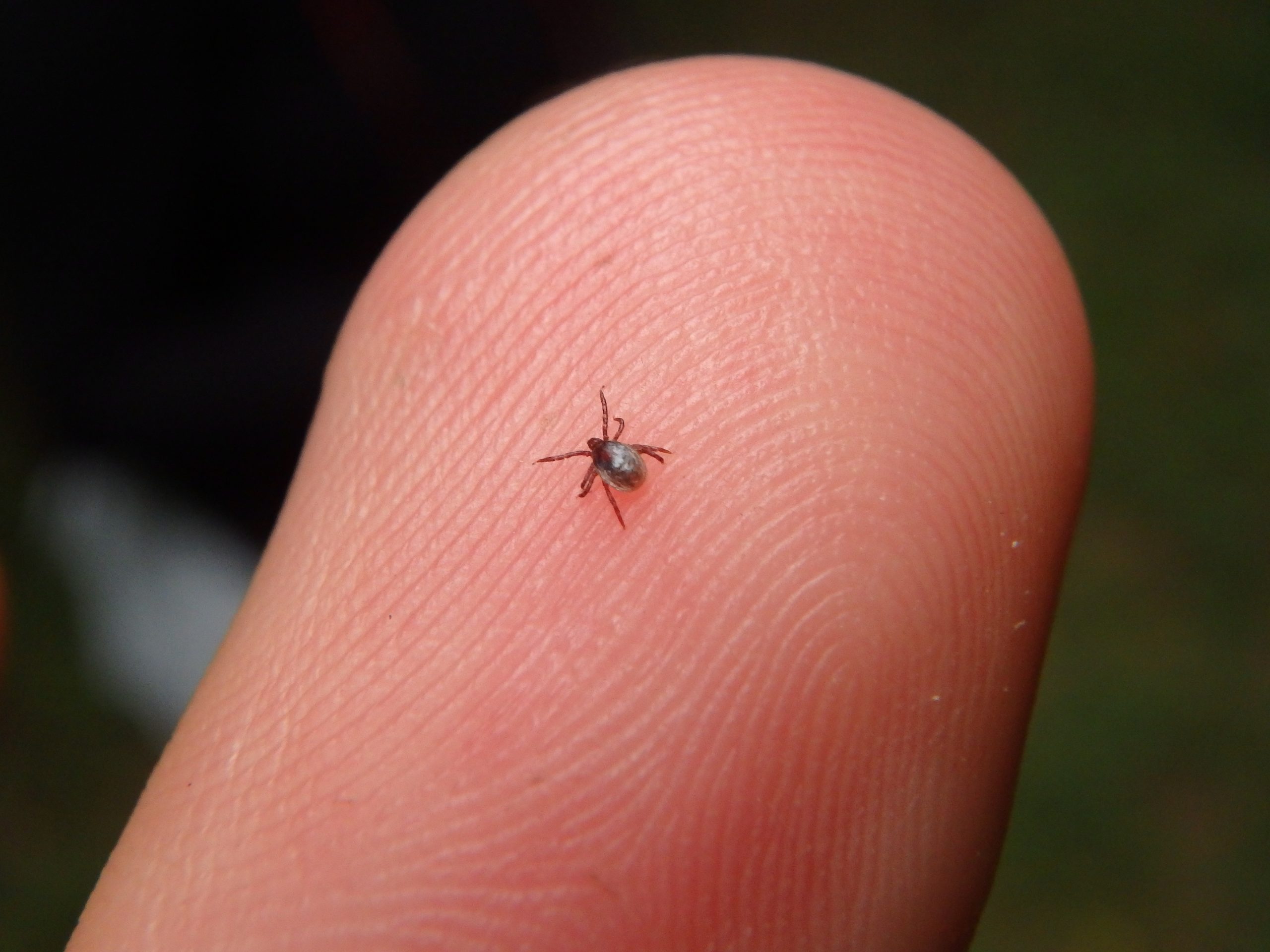 Closely related to spiders and ticks, mites are microscopic arthropods that can feed off of humans, animals, birds, insects, and even plants. Two major mites that attack birds exclusively are Scaly Mites and Feathered Mites.

Scaly Mites generally go after budgies but can also latch on to finches and canaries occasionally. The symptoms of Scaly Mite infestation in your pets include scaly growths around their mouths, legs, eyes, and nostrils. 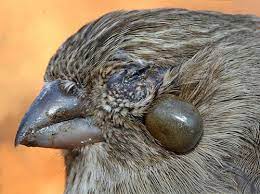 After fleas, ticks are the second most common parasites to attack your pets. While these parasites don’t become permanent residents on your bird’s body, they’re quite lofty.

They mostly attack around their heads, eyes, and bills, places that are difficult to preen and, thus, safer for them. Gardias are a bacterial parasite that can spread among both birds and humans. They’re communicated through contaminated food and can lead to weight loss, dehydration, and diarrhea.

Gardias can feed on all birds but are generally found in members of the parrot family, particularly macaws, cockatoos, budgies, and cockatiels. 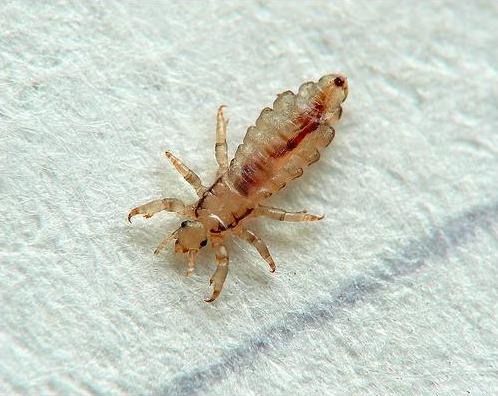 Lice are a group of small, brown-colored insects that latch on to other beings for nutrition. There are two types of lice that can attack your pets; one sucks on their blood, while the other feeds on their feathers and skin. Their infestation can lead to itching, baldness, and anemia in birds.

Commonly seen in wild ducks and parrots, Aspergillosis is a parasitic fungus that attacks its host’s respiratory system. These fungi are also common to hawks and falcons kept in captivity and cause difficulty in breathing, diarrhea, and eye crustiness. 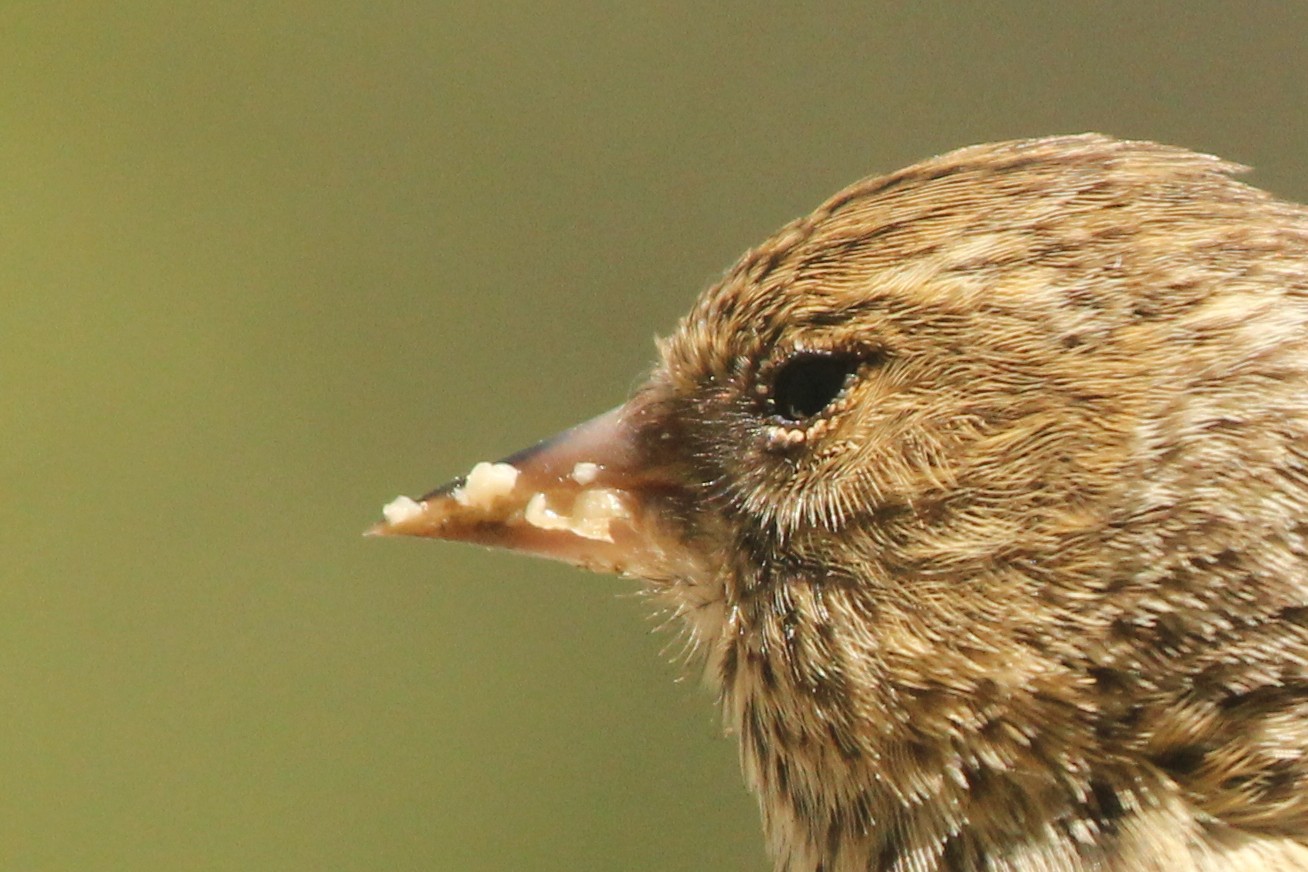 Like Gardia, Salmonella is also a bacterial parasite commonly found in medium-sized songbirds such as sparrows, robins, and goldfinches. They often communicate through bird feeders and later through their droppings. Their infestation can lead to lethargy, ruffled feathers, and diarrhea.

To conclude, yes, birds can get fleas, just like any other animal. In fact, there are a few different types of bird fleas that can infest your birds. These pesky parasites can cause serious health problems for your feathered friends, so it’s important to be able to identify them and take steps to protect your birds from flea infestation.

We’ve covered all important aspects of parasite infestations above, including symptoms, treatments, and types of parasites. Thanks for reading! We hope you found this article informative. If you have any questions related to this article, feel free to drop us an email, and we’ll do our best to answer them.