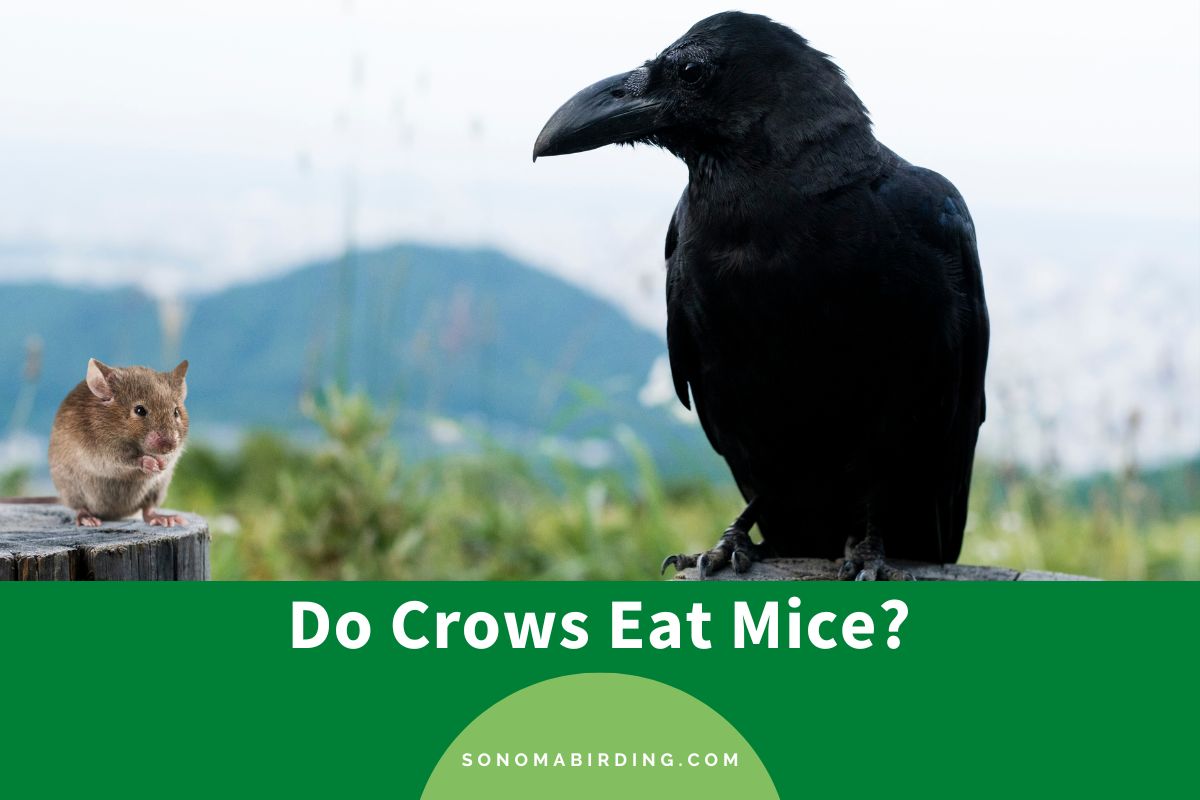 Crows are highly intelligent, with commendable communication and problem-solving skills. These birds are even called habitat generalists, as they can adapt to almost all habitats, be it rocky cliffs, forests, deserts, mountains, suburbs, or arctic tundra.

Crows are omnivorous scavengers and prefer to scavenge rather than hunt. During the winters, crows rely heavily on roadkill from animals like dogs, squirrels, deer, bears, and snakes. Their usual diet mainly comprises various fruits, seeds, and insects. They also attack smaller prey like lizards, frogs, and snakes when they find any. But do they also have a taste for mice?

In this post, we will take a closer look at the diet of crows and explore whether or not they are likely to include mice in their menu. Whether you’re a bird enthusiast, a farmer, or just curious about the natural world, this post will provide you with the answers you seek. So come along on a journey into the world of crows, and discover whether or not crows eat mice. 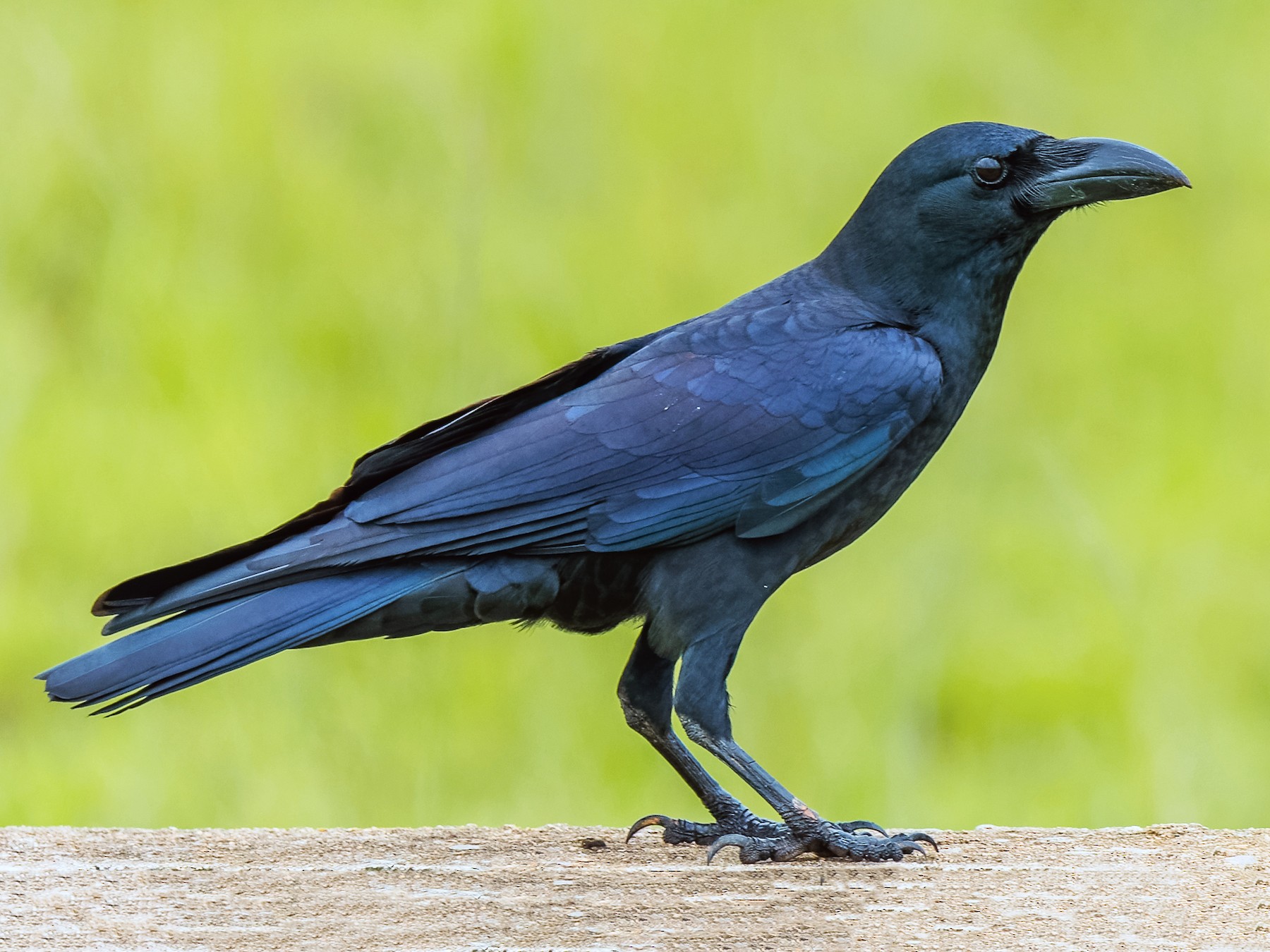 While crows may occasionally catch and eat small animals like mice, this is not a regular part of their diet. Crows are more likely to scavenge for food rather than actively hunt and kill their own prey. A healthy adult mouse is not a practical meal for a crow. These birds will only look at mice if they’re young, injured in some way, or old and slow.

Hunting live prey is a methodical and tiring process for these birds as they cannot go straight for the kill. They must be cautious and relentless to wear down their prey before delivering the final blow.

If crows do spot a mouse, they first approach the prey with curiosity, trying to figure out their weakness. Then, they proceed with small pecks at the mouse’s rear end, trying to tire it out. Once the mouse is sufficiently tired, the pecking intensifies more and more until the prey is dead.

The crows carry their prey to eat somewhere safer, where they wouldn’t attract the attention of larger animals or birds.

Contents show
Should you leave out dead mice for crows?
What other mammals do crows eat?
Which other birds eat mice?
In the end
Related Articles

Should you leave out dead mice for crows?

While it’s a good idea to leave out dead mice for scavengers, ensure that those mice weren’t killed by poison. This is because the poison used to kill mice and rats is harmful to birds, too.

However, if you caught the mice in a trap or it turned up dead in your old, unused cabinet, go ahead and put it out.

Don’t dump the mice somewhere around your house, but let the birds eat them where you can see them. Otherwise, you’ll be plagued with the rotten smell of dead mice for weeks.

What other mammals do crows eat?

Besides mice, other small mammals are also on the crows’ diet menu. Chipmunks, voles, rats, squirrels, and rabbits are all potential prey for a crow. However, all these animals are generally safe as long as they are fully grown and healthy.

In some parts of the world, chipmunks and crows co-exist as peaceful neighbors. However, when crows can’t find much to eat, chipmunk babies are a quick and convenient meal for them.

These rodents are among the common prey for crows. The birds hunt voles and rats the same way they hunt mice: seek them out, tire them until they can’t defend their incessant pecking, and kill them.

Squirrels are arboreal animals, meaning they spend most of their lives on trees. These rodents are highly agile, and it’s impossible to hunt them once they’ve reached the tree branches. Crows can only hunt them when they’re on the ground, and even then, only an injured or young squirrel is likely to be a crow’s prey.

Rabbits prefer to live in or around grasslands, forests, and meadows. They are difficult prey because they can even outwit even larger birds of prey like eagles. Only a young, injured, or old rabbit will fall into a crow’s trap.

Which other birds eat mice?

Yes, many species of owls eat mice as part of their diet. Owls are birds of prey, and they have strong, sharp talons and beaks that they use to catch, kill, and eat small mammals like mice.

Some species of owls that are known to eat mice include barn owls, short-eared owls, and long-eared owls. These birds typically hunt mice at night, using their keen eyesight and silent flight to sneak up on their prey and snatch them up in their sharp talons.

Owls often eat the entire mouse, including the bones and fur, and may store uneaten prey in their nests for later consumption.

Some species of falcons are known to be skilled hunters of mice and other small rodents. Falcons have long, pointed wings and powerful, taloned feet that they use to catch and kill their prey. They are also known for their incredible speed and agility, which allows them to chase down and catch even the quickest and most elusive of mice.

Some species of shrikes are known to eat mice as part of their diet. Shrikes are small, songbird-like birds with sharp, hooked beaks that they use to catch and kill their prey.

They are known for their fierce hunting abilities and are able to take down prey much larger than themselves, including mice and other small mammals. Some species of shrikes, such as the northern shrike, are known to impale their prey, including mice, on thorns or barbed wire in order to store them for later consumption.

Now that we’ve reached the bottom of our article, let us quickly revisit everything we’ve learned today.

Crows are smaller than raptors and lack their sharp talons, but what they lack physically, they make up for with their wit. Although a fully grown mouse is a bit too large to be a crow’s prey, the crow can exhaust its energy by pecking at it continuously and then delivering the killing peck.

If you want to put out dead mice for crows and other birds, go ahead. But please ensure those mice aren’t killed by poison because that poison is also harmful to crows. Apart from crows, there are several other birds that are known to eat mice, including owls, hawks, and falcons.