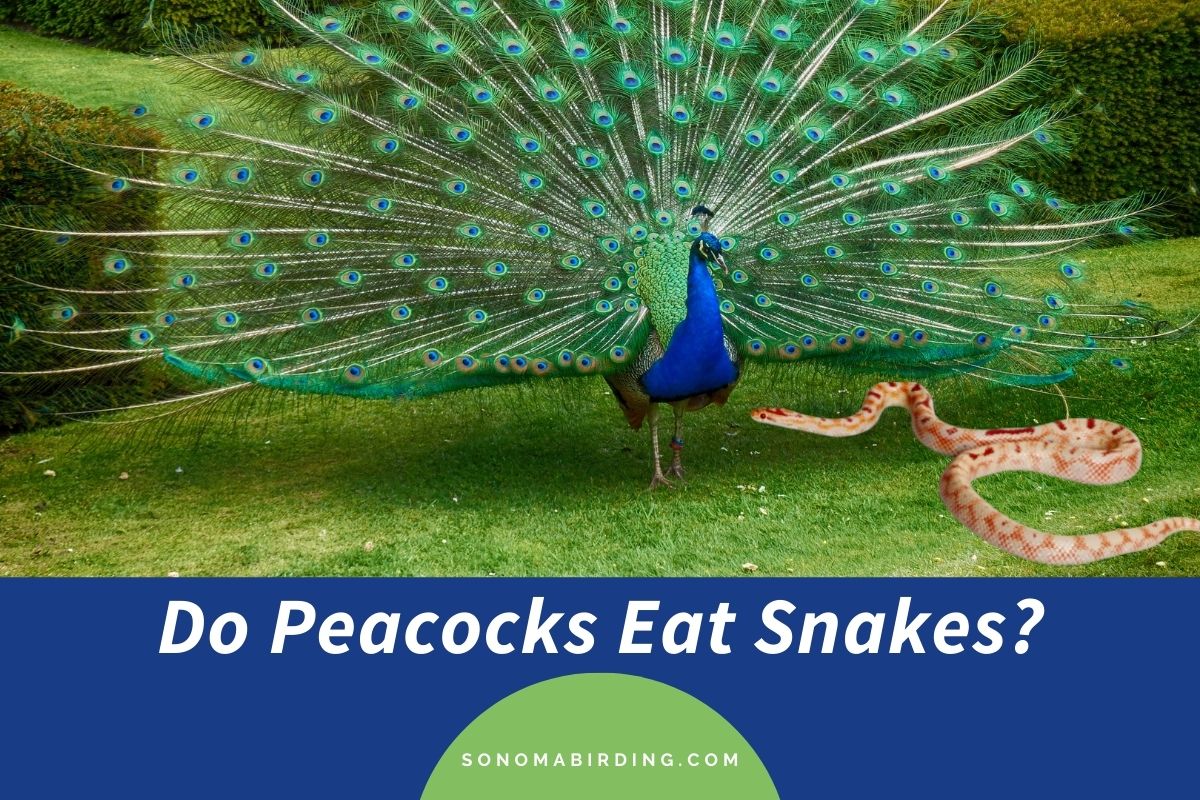 In the avian world, snakes have quite an ill reputation. These cold-blooded, slithering creatures have a taste for bird eggs and fledglings and are often seen entering their nests notoriously to feed on their babies.

For the ground-nesting or dwelling birds, the threat of snakes is even more prominent because their nests are most easily accessible to these reptiles. Perhaps this is the reason behind the ancient enmity between snakes and the members of the pheasant bird family.

If a snake enters the territory of these birds, whether it’s a chicken or a turkey, they will fight it fiercely. But do peacocks share the same hostility with snakes?

Do peacocks eat snakes? Yes, Peacocks are known to eat small snakes that they can kill by pecking them and stomping on them. Snakes are a natural enemy to the peacocks since they pose a threat to their eggs and fledglings. A peacock is intolerant of any snake that comes within its territory and is likely to kill and eat them. While these birds aren’t immune to snake venom, they do possess sharp bills and claws to overpower them in a fight.

In this article, we will learn more about the enmity between peacocks and snakes. We’ll also take a look into the diet of these birds and discuss the other birds that prey on snakes.

Contents show
A peek into the diet of peacocks
Indian Peafowls (Pavo cristatus)
Green Peafowls (Pavo muticus)
Congo Peafowls (Afropavo congensis)
Do snakes pose a threat to peacocks?
How do peacocks kill snakes?
Can peacocks eat poisonous snakes?
Are peacocks immune to snake venom?
In a fight between a peacock and a snake, who will win?
Other birds that can eat snakes
Hawks
Owls
Crows
Falcons
Eagles
Roadrunners
Herons
Conclusion
Related Articles

A peek into the diet of peacocks

Peafowls are attractive birds, with the males possessing a striking plumage that leaves everyone in awe. Before we talk about peacocks eating snakes, let’s first take a quick peek into the diet of these birds to know about their food preferences, likes, and dislikes.

There are three peafowl species in the world, all of which are native to the Asian subcontinent and Africa. Let’s explore how their diets are different from each other: 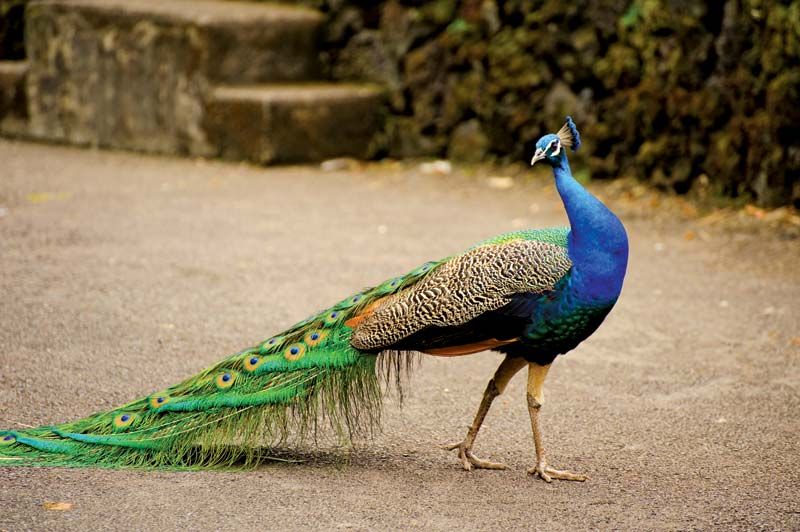 Also known as “Blue Peafowl,” the Indian Peafowls are brightly-colored peafowl species that are endemic to the Indian subcontinent. They have an omnivorous diet thriving on terrestrial worms, insects, reptiles, and amphibians. Their plant diet includes roots, grains, tubers, flowers, grains, and nuts. 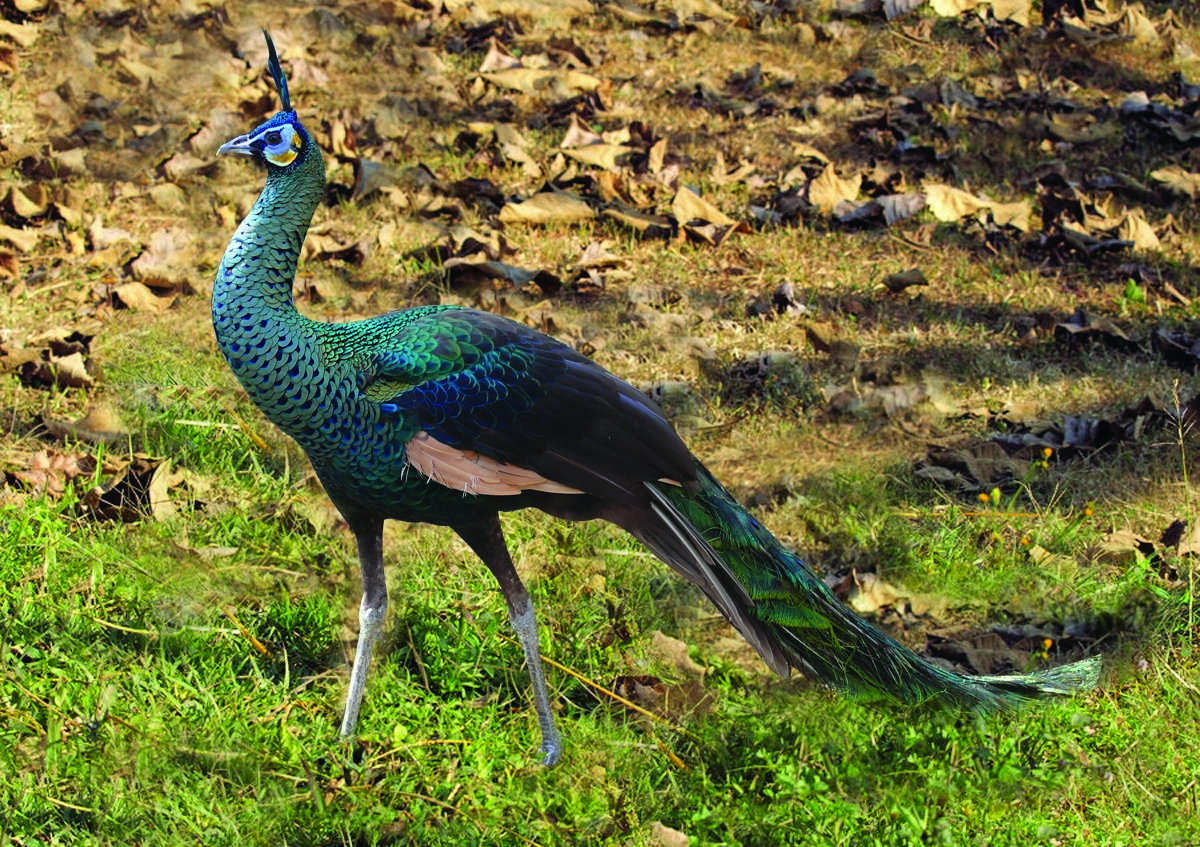 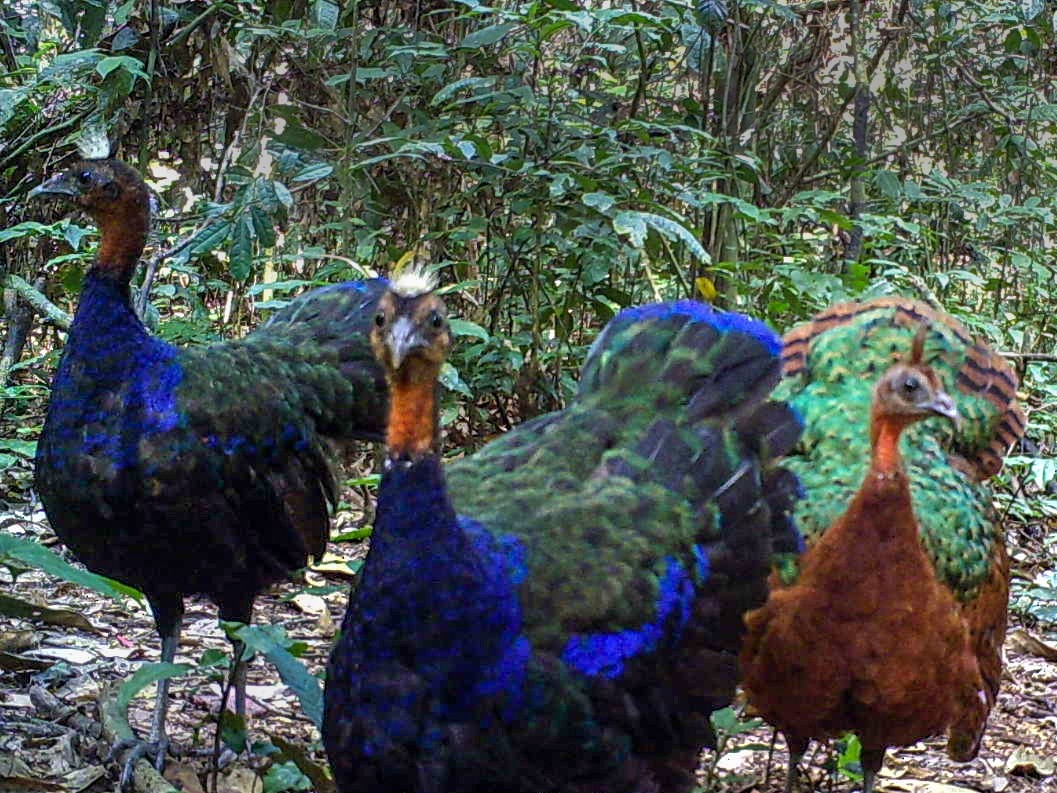 Colloquially known as “Mbulu,” the Congo Peafowls are a vulnerable peafowl species endemic to Africa. These peafowls eat a variety of fruits, insects, and other invertebrates.

Do snakes pose a threat to peacocks?

You might’ve heard that the Hindi name for peacocks is “mayura,” a Sanskrit term that roughly translates to “killer of snakes.”

The enmity between peacocks and these reptiles is apparent from their name itself. But have you ever wondered what could be at the root of this enmity? Let me tell you.

Peacocks are heavy, ground-dwelling birds that also build their nests by digging up a small hole or burrow. It is in these burrows that the peahens lay their eggs. Being the slithery creatures that they are, Snakes often sneak into these burrows and feed on their eggs.

In other words, snakes pose a threat to peacock eggs. If they continue to feed on peacock eggs without check, the entire population of these birds will be threatened. Therefore, peacocks do not tolerate any snakes in their territory.

How do peacocks kill snakes?

We’ve already established that peacocks have a severe disdain for slithering reptiles like snakes. Anytime they are spotted on the peacock’s territory, boom! They are gone.

To catch a snake, peacocks grab them by the neck and then shake them vehemently until they die. Once the snake is dead, the peacock might make up their mind on whether to eat them or leave its corpse alone. But being the opportunistic feeders that they are, they are more likely to eat them.

The act of feeding on snakes is known as Ophiophagy, and, hence, peacocks are an Ophiophagus species.

Once a peacock kills a snake, no matter how venomous it is, its venom becomes ineffective on the birds. However, in the case of the rattlesnakes, if they are contaminated with parasites, viruses, or bacteria, eating them can be troublesome for the peacocks.

Are peacocks immune to snake venom?

Most people assume that peacocks are immune to snake venom since they can prey on venomous snakes. However, this is not true. These birds are just as vulnerable to their venom as the next bird. But after years of enmity, they’ve devised a way to kill them without being bitten.

As we’ve already discussed earlier, peacocks attack snakes by grabbing their necks, giving them no opportunity to bite. And once the snakes are dead, they can be eaten safely, regardless of the venom.

In a fight between a peacock and a snake, who will win?

The people who have ever watched a fight between a peacock and a snake would agree that it is indeed intense to watch. In almost all of these fights, the peacocks always have the edge over the snakes.

Peacocks are blessed with sturdy legs, sharp claws, and a solid, pointed beak. They also have a splendid vision and hearing senses. The moment they spot a snake, they enter a defense mode, using their sharp beak to injure the snake and their razor-sharp claw to peck it.

After repeated attacks, the snake gets bloody and cannot defend itself. When this continues for longer, the snake ultimately dies.

However, in some cases, their fight might take an altogether different turn as well. If the snake somehow manages to bite the peacock during the fight, its venom will weaken these birds upon entering their bodies, making them incapable of fighting back. But since the peacocks are well-aware of this possibility, they take extra care not to let it happen.

Other birds that can eat snakes

Did you think that peacocks are the only Ophiophagus birds out there? That’s far from the truth. The numbers of snake-eating birds in the world are quite impressive. Let’s take a look at other birds that feed on snakes:

Hawks distract the snakes by their continuously flapping wings while grabbing their necks with their large talons. They can eat both venomous and non-venomous snakes. However, the poisonous ones can pose a threat to the inexperienced hawks.

Snakes are one of the most preferred meals for owls. These fluffy raptors can spot them from far away with their brilliant vision. Even young owls thrive on baby snakes often.

Crows are scavengers that can eat both living and dead creatures. These birds mostly feed on the dead snakes that they find. Being a small species compared to other snake-eating birds on the list, they primarily eat smaller ones like the rattlesnakes.

Falcons are another popular snake-eating bird species. The Laughing Falcons can even eat highly poisonous snakes, like the Coral Snakes.

As many of you might already know, there’s a family of eagles specializing in eating snakes; they are called Serpent or Snake Eagles. These Eagles have thick skin and strong legs and talons to defend themselves from the bites of poisonous snakes.

Roadrunners are generally known to eat Rattlesnakes; however, there can be a role reversal, too. During a fight between the two, both are equally likely to win. Roadrunners have high speed while Rattlesnakes can inject their venom, thus, getting a fair edge.

Herons are water birds that have expertise in hunting water snakes as well as other species found along the river edges. They use their long, pointed bill to pull out the snakes from the water and eat them headfirst.

As we come to the end of our article, let’s revisit our initial question: Do peacocks eat snakes? Yes, they do. Out of the three peafowl species in the world, two commonly feed on reptiles.

Moreover, peacocks have a certain enmity with snakes in particular. It is because snakes are a threat to their eggs and, therefore, to their whole population. If a peacock finds a snake on its territory, it will attack them without a second thought, whether or not they’re venomous.

While peacocks aren’t immune to snake venom, they do prey on these reptiles in a way that prevents them from biting. But, if a venomous snake manages to bite the peacock, their chances of winning the fight decrease significantly.

In addition to peacocks, there are many other avian predators of snakes, such as members of the raptor family, herons, and other pheasant birds.