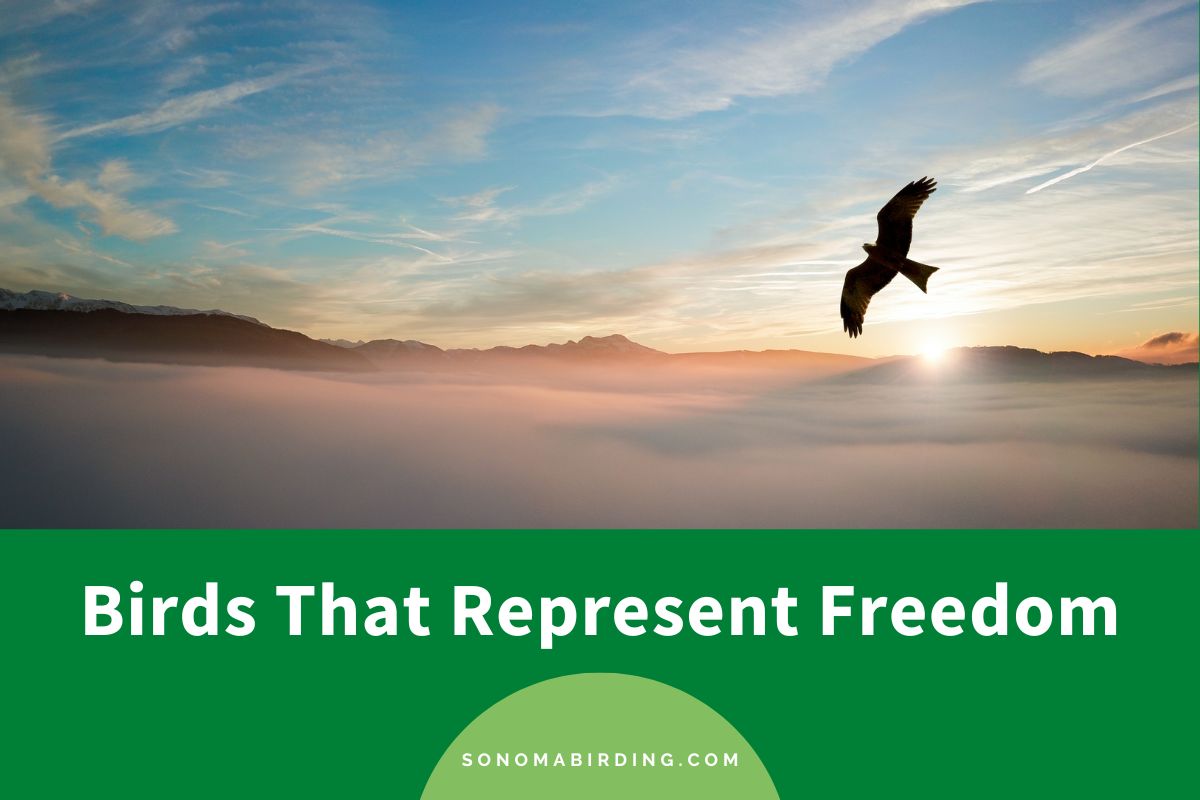 Do you know what’s that one quality of birds for which they’re both adored and envied by humans? It is their ability to fly. And while we’ve evolved and learned almost every skill there is to learn, the gift of flight is still restricted to us.

Since the inception of time, humans have marveled at the ability of these avian creatures to fly away at will, which is what freedom must feel like. This is perhaps why there are countless stories and legends in different cultures about men transforming into birds. In other words, the mere presence of wings in birds makes them all symbolic of freedom.

However, in the world of symbolism, each bird has their own symbolic meaning and represents something unique. Are you curious to learn about the birds that are symbolically linked to freedom? Because that’s exactly what we’ll talk about in this article today.

If we were asked to describe eagles in one word, we’d call them the badasses of the avian world. These birds belong to the birds of prey family: the family of hypercarnivore birds that hunt and feed on other animals, including both mammals and other birds. This indicates that these birds are fully capable of providing for themselves without any dependency.

Even inside this ferocious family of birds of prey, consisting of other lethal birds like falcons, kites, and hawks, the eagles rank at the top in terms of size, strength, and fierceness.

Also placed on the top of the natural food chain, eagles are called apex predators, indicating that there’s no other animal that can threaten their existence or prey on them.

It is eagles’ ability to hunt for themselves and lack of natural predators that links them to the symbolism of freedom. Because what else is the essence of true freedom if not the combination of self-reliance and lack of fear? And since these birds have mastered both, they’re the first and most significant representatives of freedom in the avian world.

Humans have considered eagles symbolic of freedom for a long time, and the fact that two countries have declared two eagle species as their national bird is its testimony: 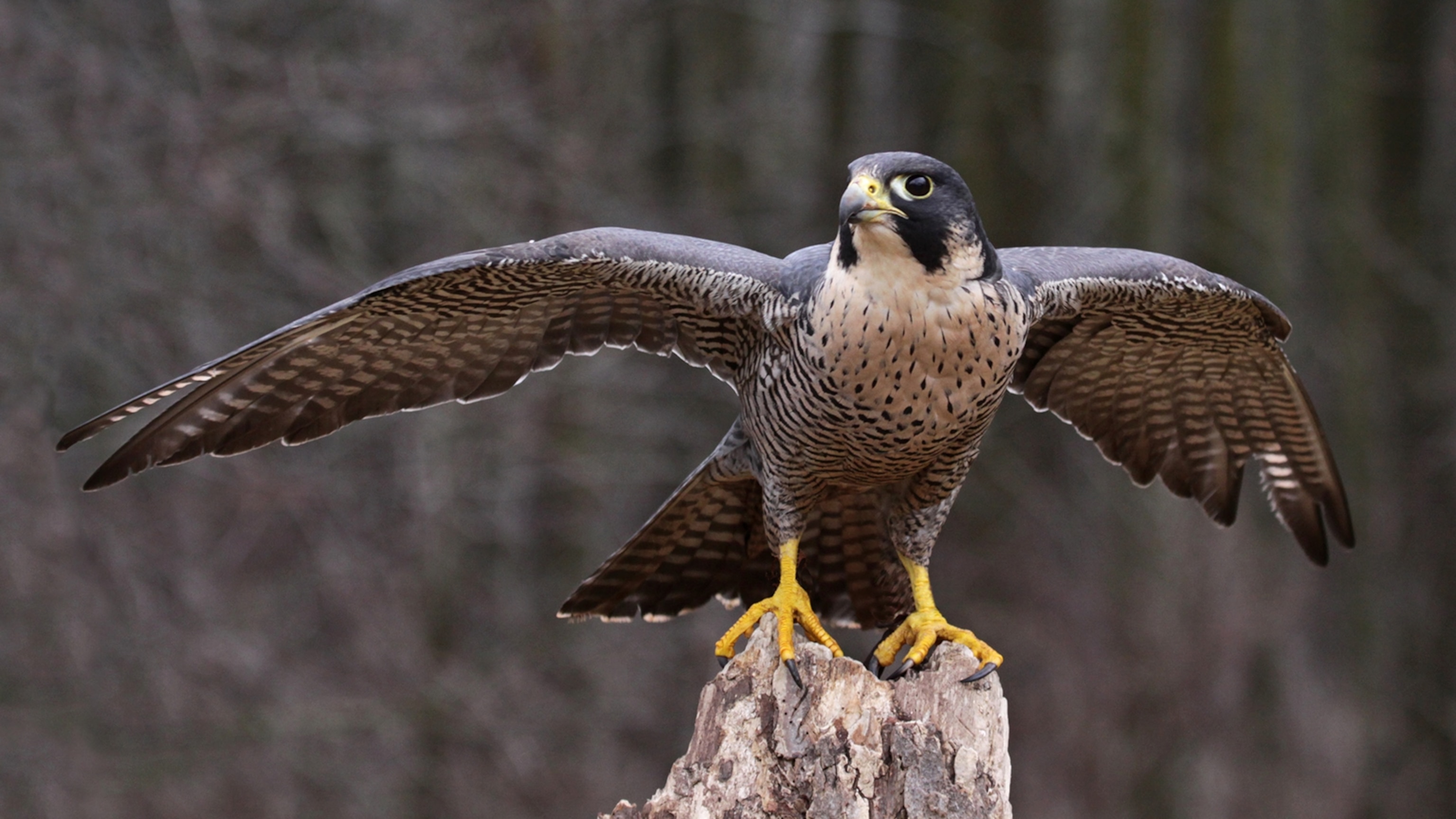 Yet another member of the raptor family, falcons are medium-sized, predatory birds famous for their tapering wings and a special tooth at the side of their bills. The former helps them fly at an exceptional speed, while the latter is used to kill their prey.

The tapered wings of these raptors also help them in changing directions swiftly mid-flight. This, combined with their speeds, lends them an edge on their enemies, keeping them one step ahead.

In fact, the Peregrine Falcons are the fastest flying birds in the world. It is the unparalleled speed of the falcons that provides them the freedom to live their lives on their terms and not under the constant fear of their predators.

For these reasons, the falcon symbol has been used by many freedom fighters and for historical movements around the world. 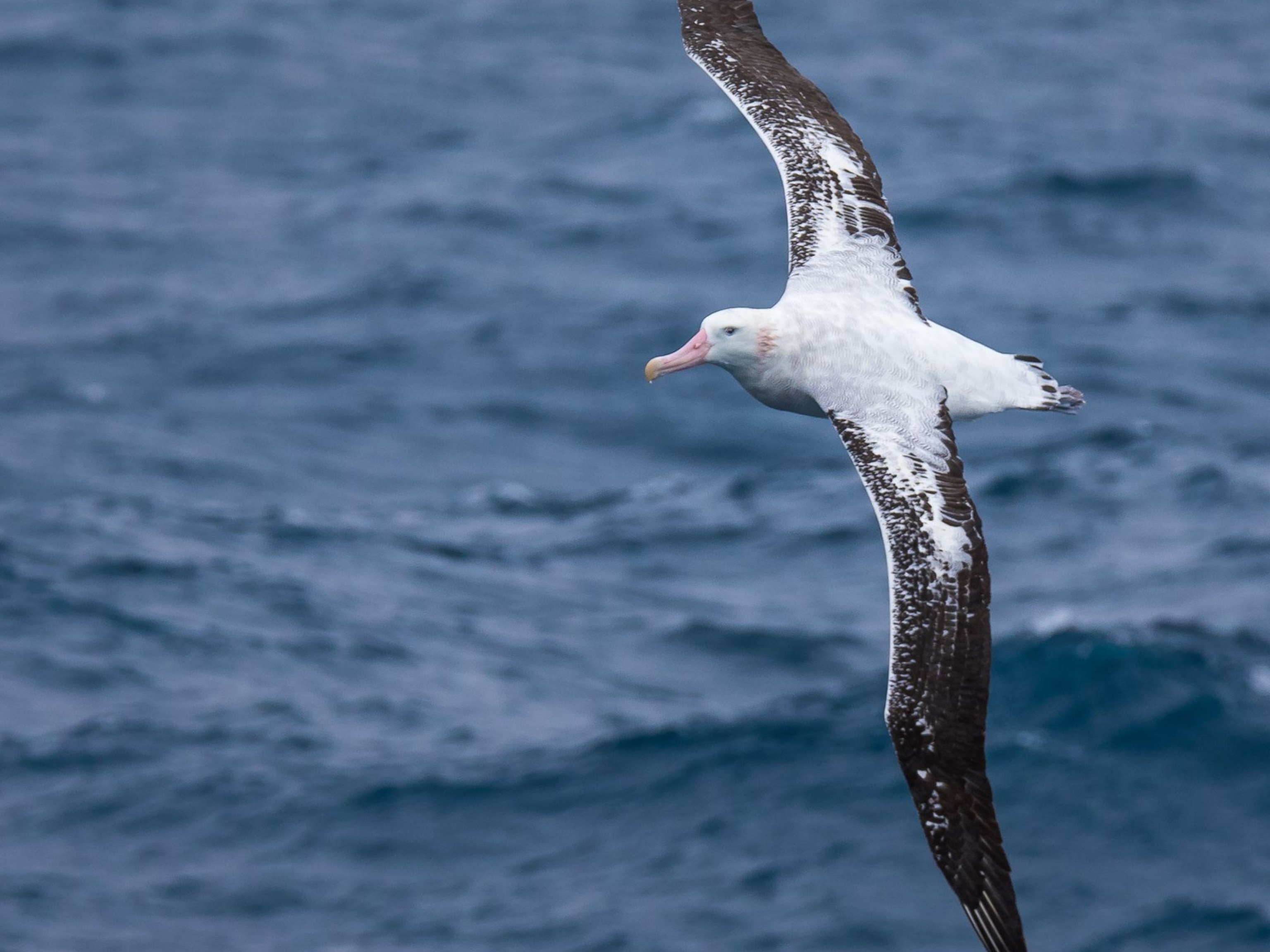 The largest of all the seabirds of the world, Albatrosses are magnificent birds that are believed to have the spirit of a gypsy. These seabirds are the true embodiment of wanderlust and enjoy flying over the seas a great deal, barely needing to touch land. They can fly over 10,000 miles in one single journey and stay airborne for the majority of their lives.

The only time these mighty seabirds return to the land is to breed. This is also the only time you’ll find these birds gathering in large colonies, as opposed to the rest of the year when they’re content with flying alone.

In the world of symbolism, the spirit of albatrosses is linked with freedom: freedom from the tribulations of mundane life and freedom to explore the world untethered. 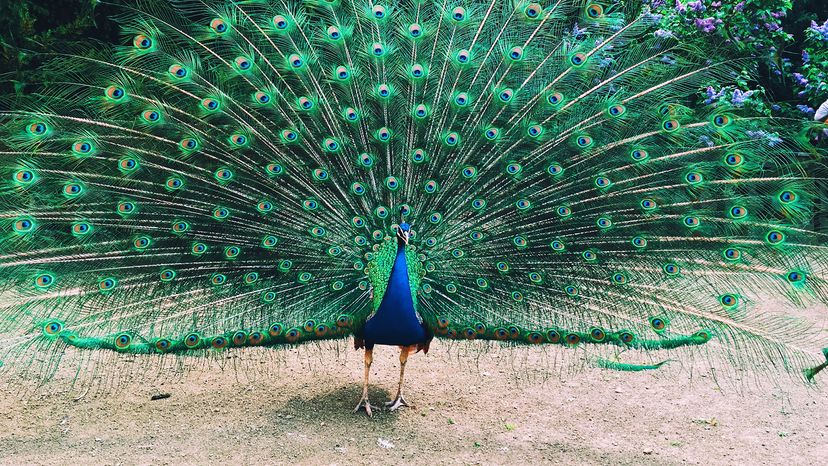 Peacocks are ground-dwelling birds of Asian origins that are popular all over the world for their strikingly colorful plumage. And while most people see these birds as a symbol of beauty, there’s more to them than meets the eye.

Peacocks are both elegant and proud creatures, which is why they’ve been associated with royalty in the Indian subcontinent for centuries. Their presence in the country’s historical paintings, sculptures, potteries, and engravings emphasize their importance in the culture.

Some legends convey that the peacocks would eat poisonous plants deliberately to build their immunity against them. And while some believe these birds merely did it to add vibrance to their colorful plumage, if they can endure pain to gain immunity, doesn’t that showcase the traits of courage and freedom in them?

Peacocks have also been mentioned in Ancient Greek mythology, wherein they’re associated with Hera, the wife of Zeus and Queen of all ancient Greek gods and goddesses. And while Hera was admired for her beauty and wisdom, she also had an undeniably independent spirit, which often caused conflicts between Zeus and her.

Lastly, it is mentioned in the Bible that the bodies of peacocks didn’t rot after they died. This belief has led these birds to symbolize immortality. And no freedom is greater than the freedom from death, is there? 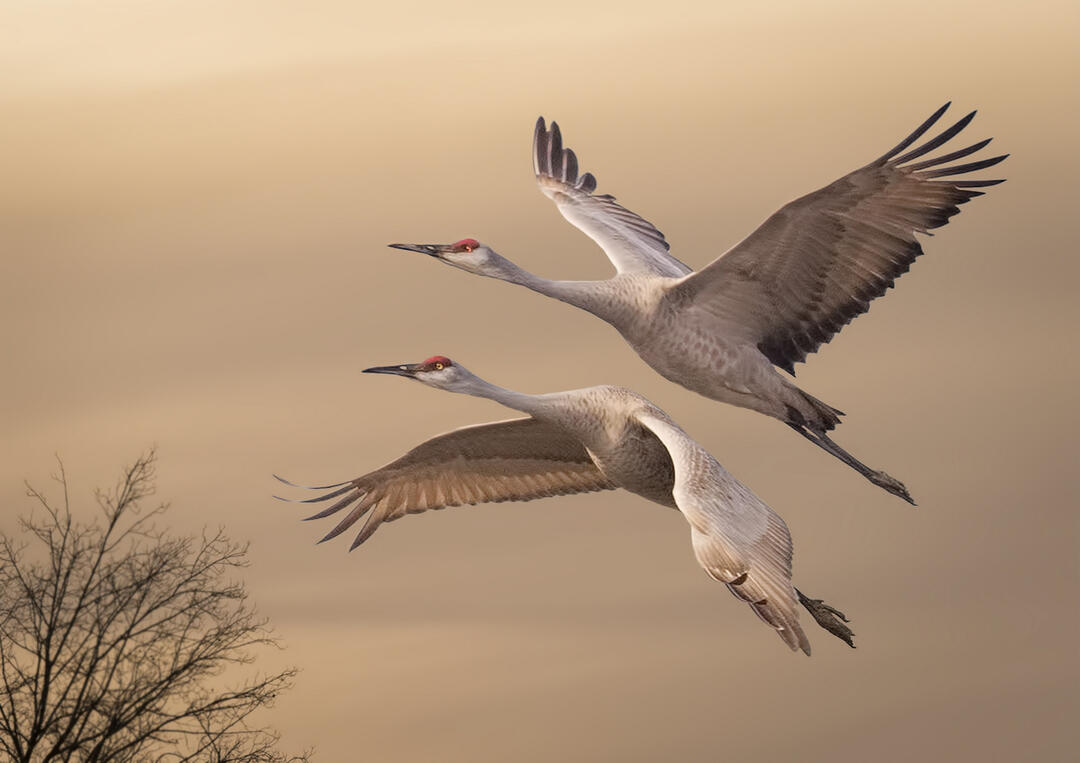 Ranked among the oldest living birds on Earth, the Cranes have found their way into a wide variety of cultures and legends, all of which outline a different trait of these birds. These long-legged water birds are universally regarded as the symbol of beauty and grace.

The Greeks and Romans celebrate cranes as a symbol of love for their infamous mating dances. In Ancient China, their moves inspired different styles of martial arts, while the feather of these birds was gifted to soldiers for their heroic performance in battles in the Turkish Ottoman Empire.

It is in the following cultures that cranes’ symbolic association with freedom is highlighted:

In the Native American culture, the cranes are well-known for their trumpeting calls, among other things. Some tribes symbolize their loud calls with eloquence and consider these birds symbolic of freedom of speech and expression.

In Ancient Japan, it was believed that cranes could live for more than a thousand years, indicating that their spirits were free from the ties of mortality. 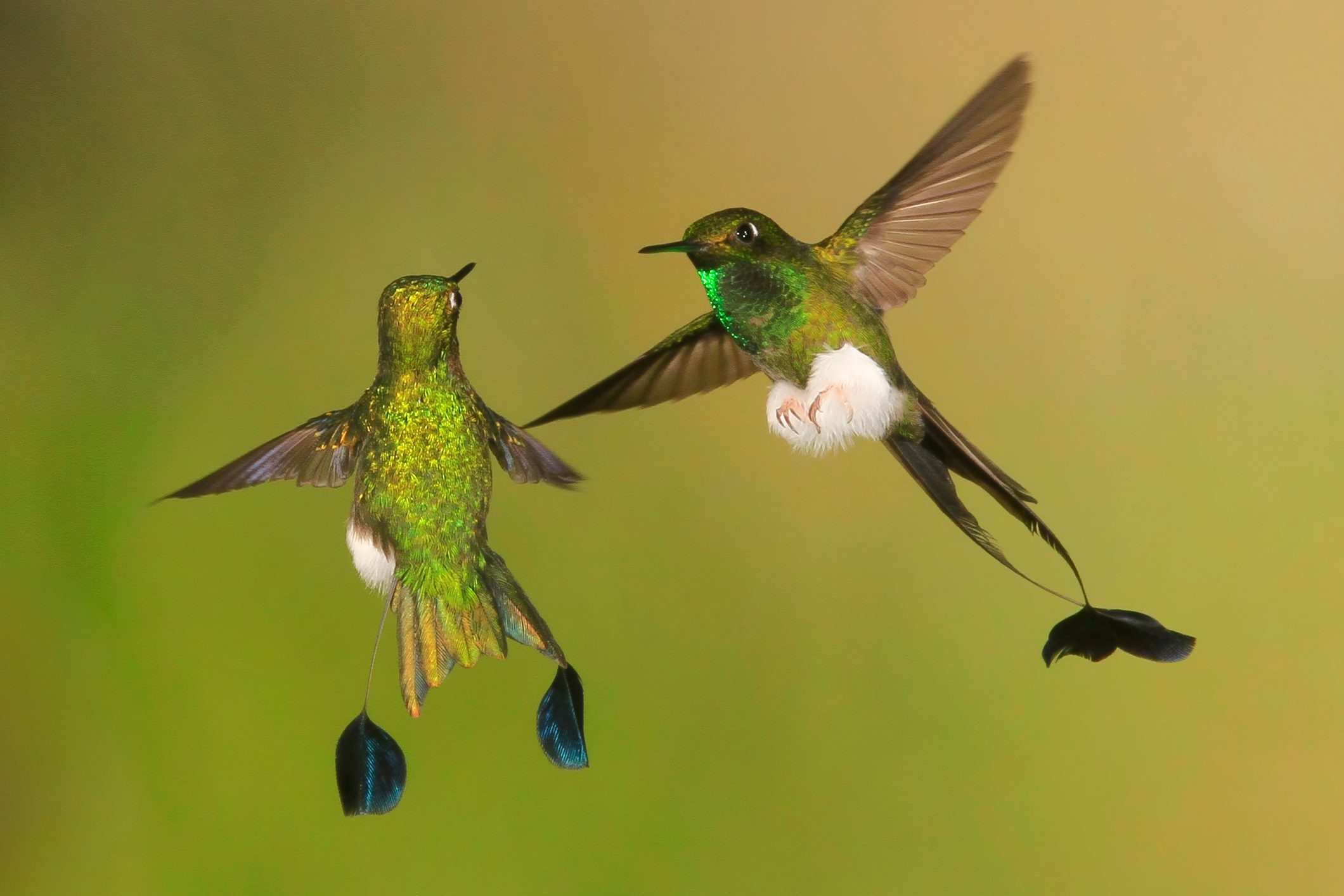 Named after the humming noise made by their continually flapping wings, the Hummingbirds are an adorable family of tiny birds that survive solely on nectar. A common myth revolving around the anatomy of these birds is that they don’t have feet. And it is this myth that has led to people believing the hummers are always in flight, having attained the symbolism of freedom.

And although these birds do possess feet in truth, they’re small and weak and cannot support walking or hopping. Due to this, these tiny birds barely touch the ground. In the world of symbolism, this trait of the hummers is seen as a symbol of freedom from anything that holds you down.

In the Aztec culture, it was believed that hummingbirds were the only birds capable of visiting the sun. This privilege also associates them with the symbolism of freedom.

Sparrows are tiny passerine birds that are famous for their adaptation to human settlements. These birds have grown so used to living alongside human settlements that they’re rarely found in deserts, thick woodlands, grasslands, or any areas where men don’t dwell.

The highly adaptive nature of these birds has made them symbolic of freedom. Although these birds originated in the Middle East, they’re now in almost every part of the world. In some areas, they’re also regarded as agricultural pests.

And how did these little birds spread so far and wide? Because they were adaptable. Instead of being limited to their boundaries, they decided to push them, slowly adjusting to different environments.

Today, they have a global population with the freedom of residing anywhere they want to without any consequences. If that isn’t symbolic of freedom, we don’t know what else is. 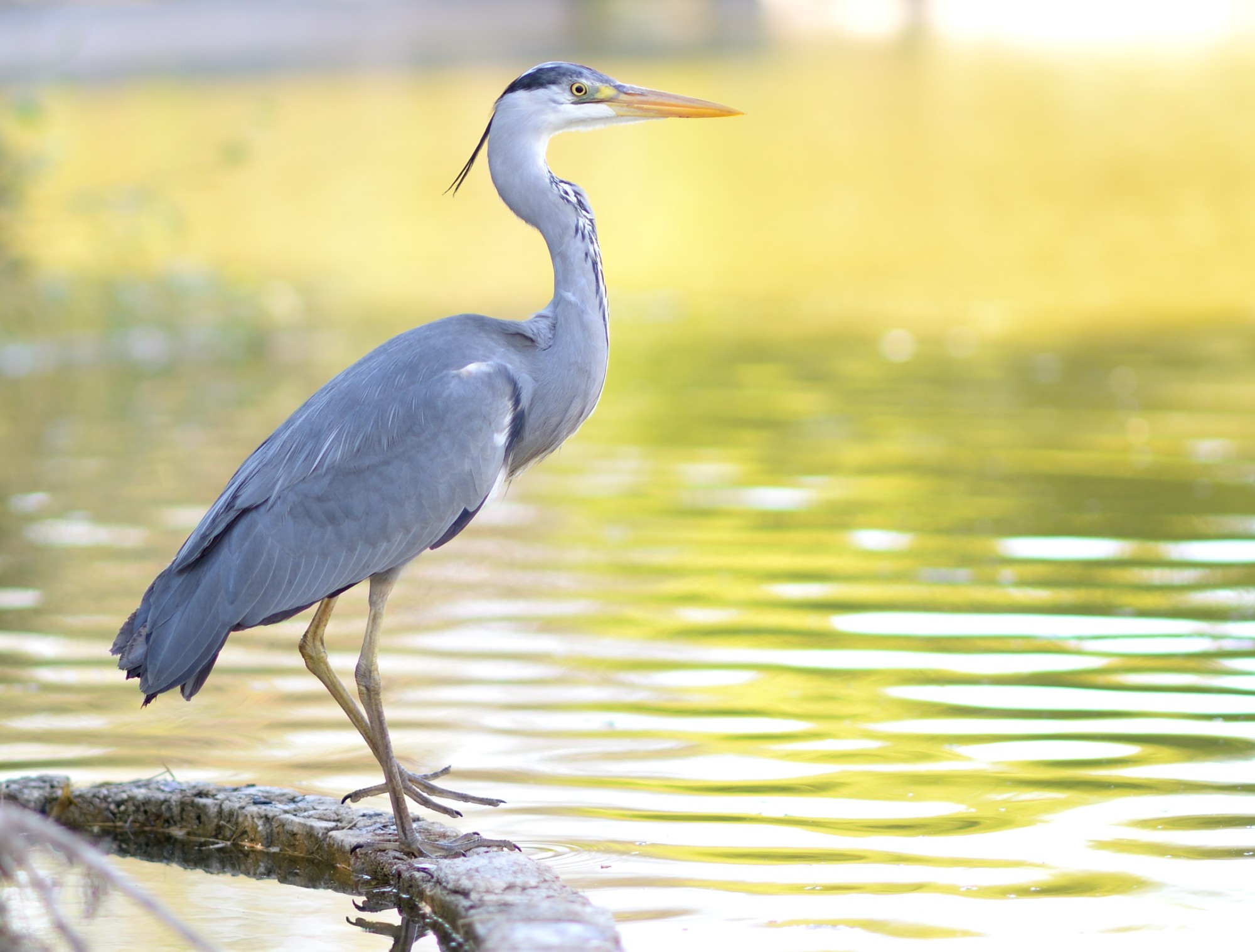 Herons are a family of long-legged wading birds with a cosmopolitan distribution around the world. The trait of these waders that symbolizes freedom is their adaptability.

Herons are highly mobile birds that can live in a wide variety of habitats, including marshes, swamps, lakes, ponds, rivers, and seas. They’ve also diversified their diet to accommodate their lifestyle; although their diet is primarily aquatic, they will not hesitate to feed on other birds, bird eggs, and even carrions in food scarcity.

Because the herons are not restricted by any boundaries or habitats and can roam wherever they feel like, their spirit is symbolic of freedom. 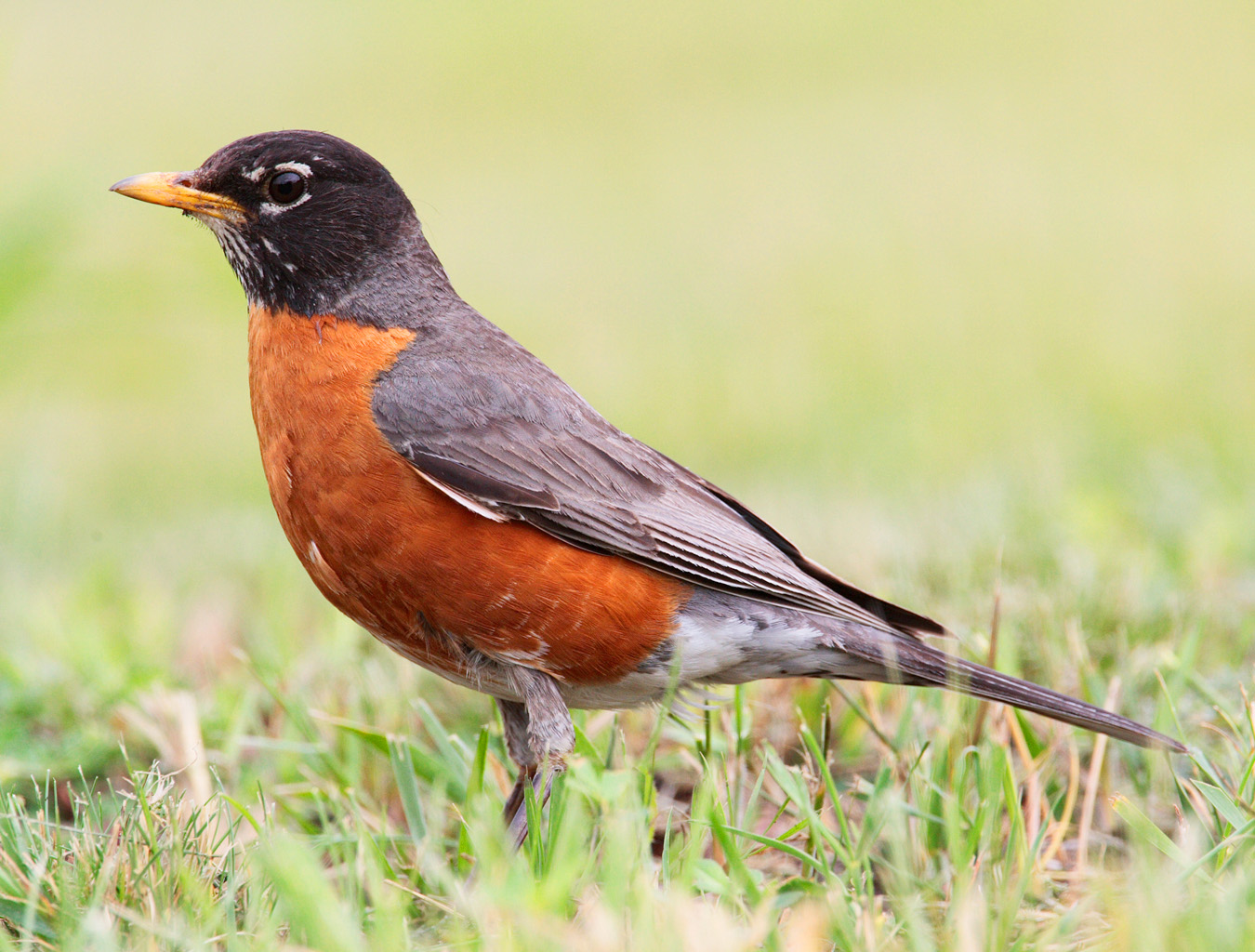 With their rusty red breast and melodious voice, the robins are the first birds to start singing in the spring season. For this reason, many people believe these birds to be the harbingers of spring; wherever their music goes, beauty and greenery follow.

Because the songs of the robins set people free from the cold clutches of winters, giving them hope for the arrival of warm spring, these birds are symbolic of freedom.

Pelicans are a group of large seabirds popular for their spacious throat pouches that they use for catching their prey. In the world of symbolism, these birds symbolize sacrifice and generosity because of the tendency of mother pelicans to pierce their breast to feed their young ones with their blood in food shortages.

However, these birds have another symbolism that’s not as popular: the symbolism of freedom. Wondering how pelicans symbolize freedom? Allow us to explain.

Pelicans have in-built desalination filters in their body which allows them to drink seawater without suffering from the effects of excess salt consumption. Because of this, they have the freedom to drink from both fresh as well as saltwater bodies.

With this, we’ve come to the end of our article. Today, we learned about ten birds that are symbolic of freedom. While you must’ve expected to see eagles, falcons, albatrosses, and pelicans on our list, the mention of smaller birds like sparrows and robins might’ve surprised you.

This leads us to one question: is freedom something only the large, fierce, and violent creatures can access? Our takeaway from this article is that the spirit of freedom is not restricted to the mighty but can also be found in places you least expect to find it.

Thanks for reading! We hope you enjoyed learning about the birds that represent freedom. If you have any questions or suggestions, feel free to share them via email. Have a great day!