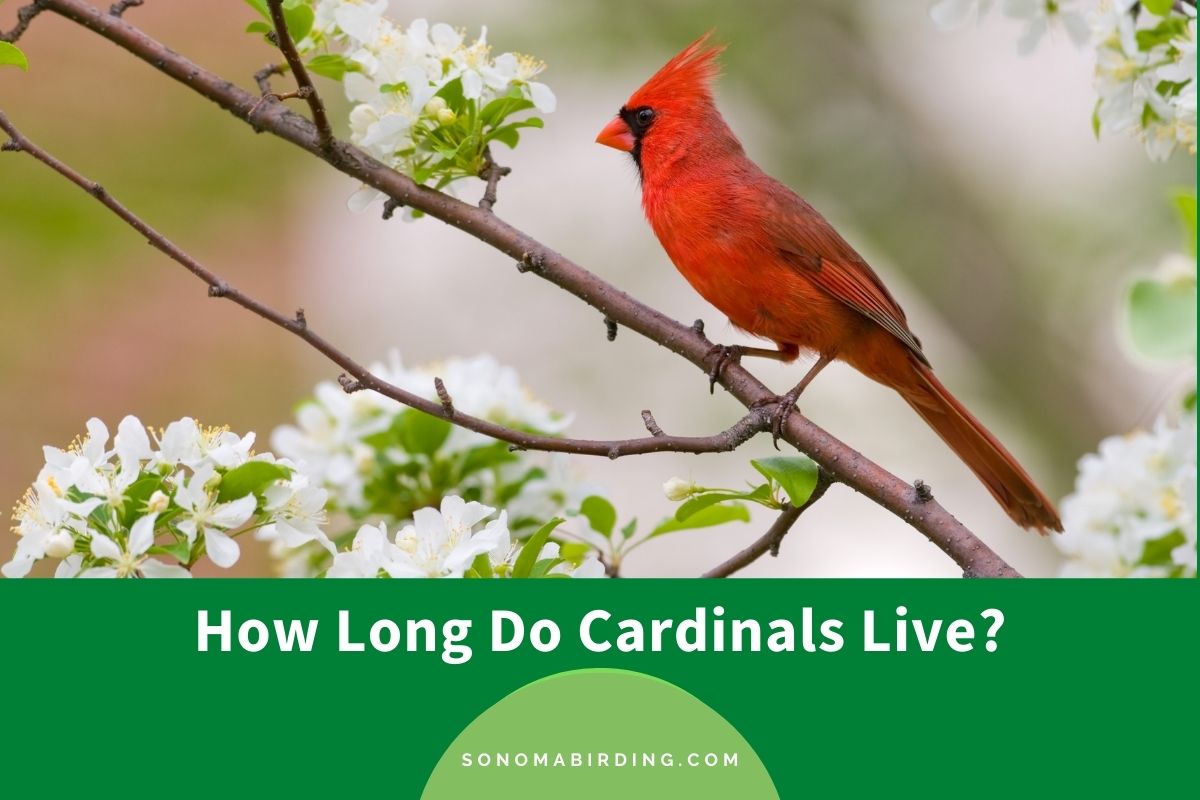 Seeing cardinal birds in the wild is a real treat. They have an incredibly beautiful, bright red color that can be seen from a distance. They are active and playful birds who love to hop around on branches, playing with twigs or other objects that have caught their attention. The big question is how long do cardinals live? There’s a lot of conflicting information out there on the internet and the answer is surprisingly hard to pin down… but don’t worry we did our research and came up with the accurate answer.

How long do cardinals live? In the wild, the average lifespan of the Northern Cardinals is 3 years. However, some are known to live on for 13-15 years in the wild. In captivity, these birds have a much longer lifespan, with the record set at 28 years.

Stay with us till the end of this article, and we’ll tell you everything you need to know about the lifespan of cardinals. We will include the factors that affect their mortality and discuss how you can play your small part in helping these birds live longer.

Contents show
Cardinals lifespan
The life cycle of a cardinal
Factors affecting the lifespan of Cardinals
Availability of food
The threat of predators
How can you help?
Frequently asked questions
Conclusion
Related Articles 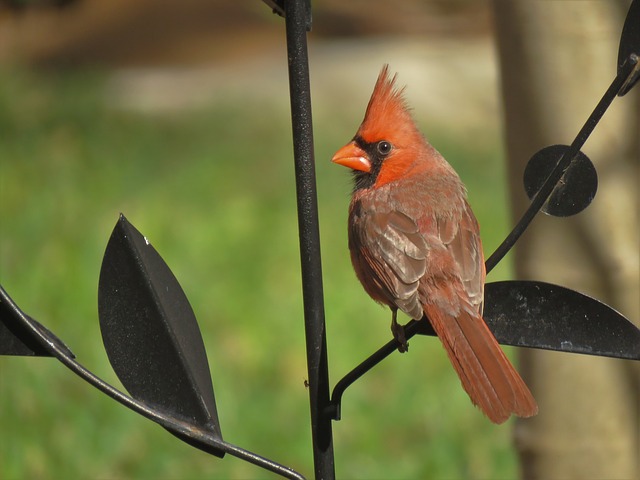 Cardinals, being songbirds, are often the prey of large predatory birds. In fact, the Northern cardinals, which are the most commonly found species of cardinals, have an average lifespan of only three years. However, some other commonly found cardinal species manage to live for a longer time period. Below, we will tell you the lifespans of said species:

Desert Cardinal (Cardinalis sinuatus): Also referred to as “Pyrrhuloxia”, the Desert Cardinal is a medium-sized songbird found in South America and Northern Mexico. They have a brownish-grey body, red beast and face mask, and a stout, yellow bill. They have a relatively long (compared to other songbirds) average lifespan of about 15 years in the wild. In captivity, they can even live for up to 28.5 years.

Red-Crested Cardinal (Paroaria coronata): Red-Crested Cardinals are small songbirds from the tanager family that is found in Southern Brazil, Paraguay, Argentina, Bolivia, and Uruguay. These birds, also known as “Brazilian Cardinal”, have a red head, crest, and bib, with the rest of their bodies covered in grey. In the wild, they live for about 3-5 years. However, in captivity, they manage to live for 13.5 years, almost four times their average lifespan in the wild.

The life cycle of a cardinal

Before we move on to discuss the life cycle of cardinals in-depth, let’s take a quick look at the table below, which holds the information about their different life stages:

The mother cardinal incubates her eggs for around 11 to 13 days. The parent birds also build a nest for their younger ones around this period. Once the eggs are hatched, the fledglings are completely dependent on their parents for food and nourishment for the next 7-13 days. After day 13, some fledglings try and hop out of the nest. It is then that the father cardinal teaches them about flying, foraging food, and survival in the wild.

By day 20, most of the fledglings have learned to fly. However, they still tend to stay close to their parents and join the rest of their siblings when fall arrives.

The juvenile cardinals have to keep their light grey and brown feathers for the first year of their life. They molt only after their second fall season. However, the beautiful, bright red feathers that they grow afterward are so worth the wait!

On the other hand, the female cardinals are ready to mate and roost by the very next spring. They can continue the succession as soon as they find a suitable partner.

Fun Fact: The main reason behind the stable population growth of the cardinals is that female cardinals mate every year, even after their first mate dies. They also raise 1-2 broods in a single year.

Factors affecting the lifespan of Cardinals

There are several factors that affect the lifespans of cardinals, like the availability of food. Below, we will discuss some of these factors:

Like any other bird and animal, cardinals need and have to fight for food. Bird experts have accredited the growing population of cardinals to the people who place bird feeders for cardinals, especially during winters. They are a valuable food source for them and are often the only thing that keeps them alive during the bitter winter.

The threat of predators

Large predatory birds and some mammals are a major cause for the death of cardinals and many other songbirds, some of which are either endangered or extinct now. Cardinals have to defend themselves from large predators at every stage of their life, from birth to adulthood.

Given below is a list of predators that hunt cardinal eggs:

And that’s not all. Let’s take a look at the primary predators of cardinal fledglings and adults:

Since the cardinal eggs are an easy target for predators, these birds have long adapted themselves. They prefer thorny bushes and branches to rest and build their nests. They have also adapted to living in urban parks, gardens, and backyards, which is not an easy task for them since their natural habitats are forests and woods.

How can you help?

All of us can help the population of these beautiful songbirds thrive with a bit of effort, which will go a long way. Given below are some steps that you can follow to help them:

Remember, when the cardinals come for the food, they also bring with them their sweet, melodic songs.

Can the female cardinals sing? Yes. Unlike most species wherein only the males can vocalize, both sexes of the cardinals are skilled singers.

Do cardinals mate for life? Although most cardinals do mate for life, it cannot be said for every cardinal. Most of them seek a new mate every season for various reasons, some of which are still a mystery to us. However, while they might not mate for life, cardinals do stay monogamous to one partner throughout the year.

Known for their vibrant plumage and sweet songs, cardinals are one of the first birds that had started the tradition of visiting our backyards for food.

These birds might be small and vulnerable in the wild, but they have still managed to keep their population abundant and ever-growing despite all odds. They reproduce actively, which is one of the reasons behind their consistent growth.

Backyard feeders have become a major food source for the cardinals lately and help them compete for food with the other songbirds. If you want these cheerful little birds to live and prosper, you can do your bit by adding a feeder for them in your yard (if you haven’t already).