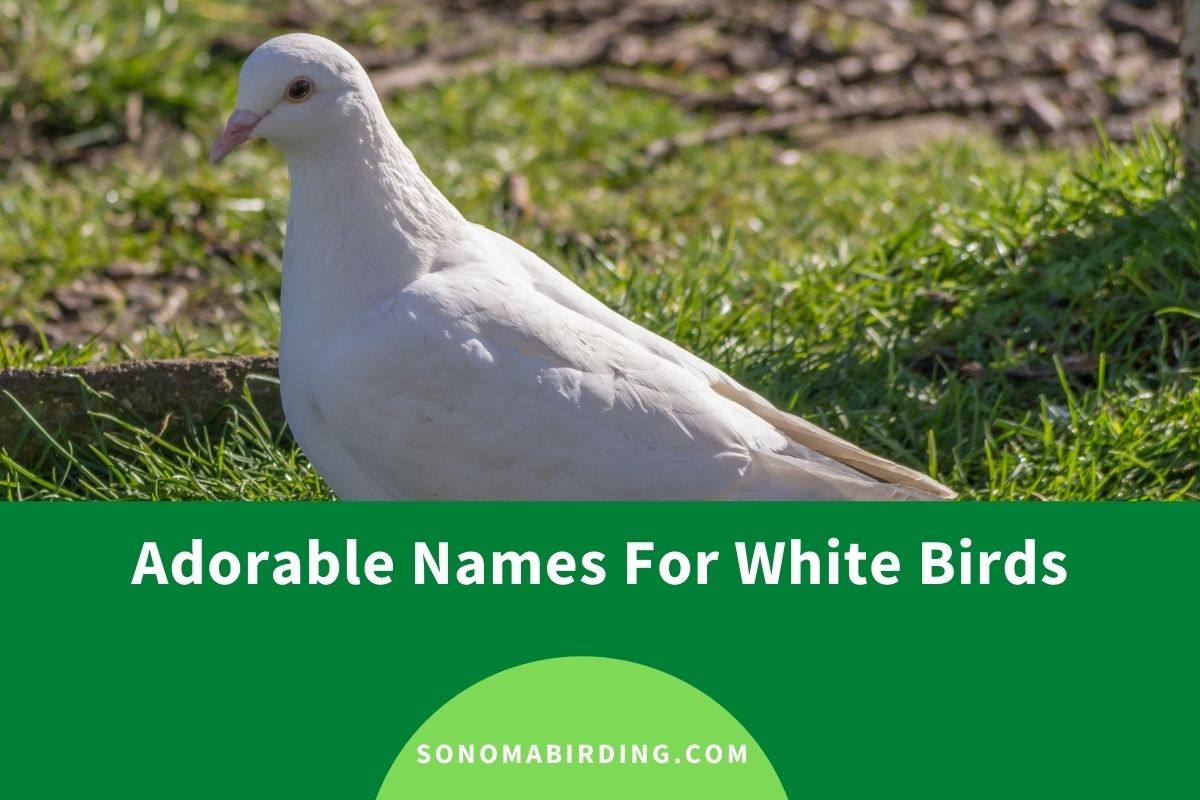 Brightly-hued birds may have been treasured since time immemorial, but the color white continues to rule across the bird universe. White-colored birds are one of Mother Nature’s most exquisite creations. They are utterly graceful, elegant, and dazzle in their pearly white plumage. Naming a newly brought pet bird is probably one of the most pleasant duties of a pet parent. But, in hindsight, it can be pretty challenging.

Also, the name you choose for your feathered friend will stay with it for several years to come. So, we have compiled an encyclopedic list of over 200 of the most adorable name suggestions that’ll help you get started on the right track of choosing the most fitting name for your bird. White as snow and precious as a pearl, we’ll get you covered with the greatest white bird names.

Scroll through the article for more!

Fictional birds are amazing with their unbelievable voices, behaviors, and plumage. Nonetheless, birds are the first in line when it comes to curating fictional characters, and television series, authors, and films do a great job in bringing these to life!

For instance, since its debut in 1934, the character of Donald Duck with its pure white profile has made a wonderful impression in our lives.

This tells that human imagination, myths, and legends are truly impeccable and are a massive part of our culture. So, the more we researched about them, we discovered a wide range of the most legendary, popular names for white birds. Have a look:

These were some of the most recognizable bird names on our list. Undoubtedly, as artists continue to seek inspiration in these feathery creatures, more of these names will become a part of your home!

From chicks that mimic hilarious phrases to the ones that dance and groove to songs, birds can be pretty playful as pets.

Your funny, white-colored pet deserves a chuckle-worthy name that will bring a smile to your face every time you call it out loud. No matter what species your bird is, there is a spine-tickling moniker for every creature on the ground and in the sky!

So, look for a cozy perch and start exploring and pecking your way through our wide list of the most whimsical names for your pet bird:

Looking for a creative name that best describes your white pet bird? Pick something that reiterates its milky-white frame! White-colored birds are admired by pet owners and birders for their majestic aura. Being recognized for the unique body is an advantage among these social species, and they steal the show with their unparalleled charisma!

If you are proud parents to a beautiful white bird and are completely mesmerized by how it looks every time it flutters, it’s best to pick a name that resonates with its charm. Here are a few you can get inspired from:

Bringing a unique bird home calls for getting it a unique name. Listed below is a roundup of all the best-picked names that pet owners choose for their male birds. You’re guaranteed to smile each time you call out your bird’s moniker if you select something from this list. So, let’s get going!

Female birds ride the energy of their own unique spirit. They make amazing pets, develop a strong connection with you, and make you wonder how you ever lived without them!

While some pet owners simply choose a normal name for their bird and get over with the responsibility, others make a well-informed decision and don’t rest until they find “the one.”

If you find yourself belonging to the latter category, here is a list of the most popular female names for your white bird that’ll definitely get you a step closer to finding the ideal title for your pet.

Just like us humans, birds come in different kinds of quirky personalities. As bird owners, you can seize the essence of your bird’s disposition just by choosing the right name. However, always remember to call your favorite name out loud before you settle on it. Also, prefer keeping it short (two syllables long is an ideal choice) so you don’t end up puzzling your bird!

We understand that finding the perfect moniker for your white-colored bird can be an overwhelming job—it’ll stay with it all its life. But with our A-list to choose from, we hope you’ve found the name for your beloved bird that happily hops around your home!